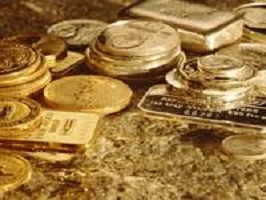 Titled “A study on Socio-Economic And Working Conditions of worker’s in Indian Gold Industry”, it said that several workers expressed dissatisfaction regarding their wages for difficult work and long working hours particularly in the manufacturing segment.

Mumbai: Workers in the Indian gold industry have expressed dissatisfaction with regard to their wages, long and continuous working hours and lack of safe and sufficient work space in a study done by the National Institute of Labour Economics Research and Development for Niti Aayog.

Titled ” A Study on Socio-Economic And Working Conditions of worker’s in Indian Gold Industry”, it said that several workers expressed dissatisfaction regarding their wages for difficult work and long working hours particularly in the manufacturing segment.

It added that continuous work without a break was very strenuous for the workers. Majority of them expressed their concern regarding mental and physical stress due to lack of a changeover system of workers from one shift to another. As very few labourers work in most of the household manufacturing units, they are bound to work continuously without a break.

Expressing concern about lack of safety at workplace, the study noted that a major issue was that about 42% of the units do not have fire extinguisher facilities. “Along with that, working space in the units is a serious challenge among the workers. ”

Approximately 23% of workers reported that the working space provided to them is insufficient. With lack of fire extinguisher and small working space, it can be threatening in case of any fire mishap. It was also found that 56% of the units do not have any first aid box.

Regarding other facilities available at workplace, it is observed that more than 90% of the sampled units lack separate shelter and washing facilities for women

Provision of uniform for workers and separate toilet facility for women were lacking in 89% and 86.9% of the sampled units, respectively.

Essential facility like drinking water was available in almost all sampled units except a few (1.5%).