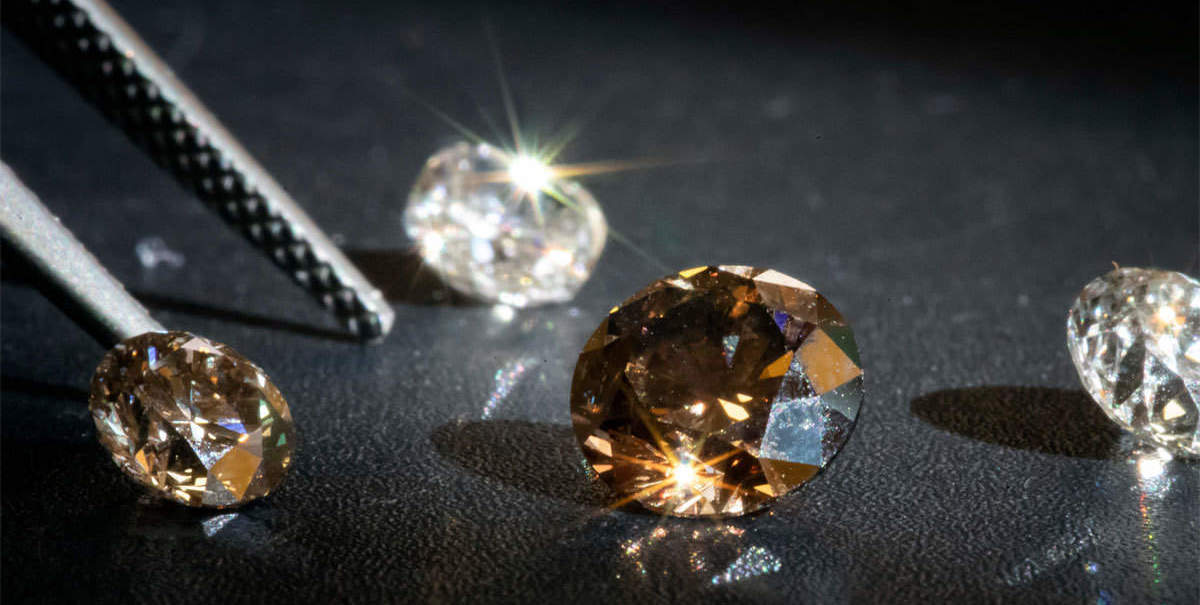 Can you differentiate between a test-tube baby and a normally-conceived baby?” Pratik Patade, a salesman at Fiona Diamonds in Mumbai’s Bandra, asks his three customers. “No,” said the eldest of the women.

“Then you should buy the ring… It’s a pure diamond—only its point of origin is different,” store manager Aarzoo chimes in, as if on cue, betraying the regularity with which this exchange must occur. The hustle pays off. The youngest of the trio settles for a half-carat diamond ring, thanks to the considerable time Pratik and Aarzoo spent explaining lab-grown diamonds.

The exchange represents a trend the diamond industry in India and around the world is keeping a wary eye on — the retail viability of diamonds made in a lab.

The very idea is antithetical to the allure of diamonds — built on decades of expensive marketing — whose premise is that they are rare and unique gems, formed over a billion years deep inside the earth. It’s also a threat to the industry, as labs have, in recent years, been able to replicate the conditions under which diamonds are born, and produce gems that are chemically identical and visually indistinguishable from mined stones. High quality, lab-grown diamonds are now available at a fraction of the cost of their natural counterparts in India.

However, Patade, the salesman at Fiona, one of the few jewellers selling certified lab-grown diamonds in India, said, “People are still not aware of lab-grown diamonds. We have to teach them to create interest in our products.”
The clientele might be small, but is growing rapidly. “Our lab diamond sales are growing 50-60% every year,” said Parag Agarwal, chief executive, Fiona. “It’s impossible to discern lab diamonds from natural diamonds with the naked eye—or even with an eye-loupe.”
Business is also booming for those growing stones for exports. Some of the biggest manufacturers of lab diamonds—such as New Diamond Era of Surat—have logged 100-150% growth in turnover over the past two years. “Our exports to America have risen significantly… a good number of polished lab diamond stones that we’ve exported find their way back to India. They come back as finished diamond-studded jewellery,” says Bakul Patel of New Diamond Era.
While it used to cost $4,000 in 2008 to produce a carat of diamond in a lab, a decade hence, this figure is down to $300-500, noted a Bain & Co report in 2018.
Pranay Narvekar, a partner at gems and jewellery consulting firm Pharos Beam, estimates the production value of polished lab diamonds globally in the range of $300-500 million annually in 2017 and 2018, as well as for the first half of this year.

In comparison, the production value of mined stones — or ‘roughs’ as they are called in the industry — during the same periods were $14 billion, $14.3 billion and $6-6.5 billion, respectively.

That means lab-grown stones amounted to 2-3.5% of the value of mined diamonds produced annually.

A worry, though, is lab-grown diamonds masquerading as natural stones due to unsavoury industry practices. “Today, only 20% of synthetic diamonds in the world are officially reported. Often, they are mixed in with batches of natural diamonds sold by manufacturers, brokers and dealers to unaware resellers and, finally, end up in jewellery stores,” Evgeny Agureev, deputy chief executive, Alrosa, told ET. Mirny, Russia-headquartered Alrosa is one of the largest diamond miners in the world. The company does not intend to enter the lab-grown diamond market, unlike rival De Beers, which launched the jewellery retail brand Lightbox in 2018 to cater to that segment.

And monetary profit is not the only reason for avoiding the ‘lab-grown’ tag. Krupal Shah of Pious Eco Diamonds, a prominent lab-diamond trader, said, “Jewellers buy lab diamonds from us but they do not want to put up a separate counter to sell these stones. They do not want to be seen dealing in lab diamonds… They fear the loss of brand value.”

In laboratories, it can take 200 hours to make a stone. If manufacturers desire a more perfect pebble (in terms of clarity and colour), the hatching time stretches to 400 hours. High pressure, high temperature (HTHP) and chemical vapour deposition (CVD) are the two methods used.

In India, the CVD method is more in use as it creates larger diamonds. CVD manufacturers use specialised ‘reactors’ to culture diamonds. Currently, there are an estimated 350-400 reactors churning out lab diamonds in India.

“But this is not deterring new players,” says Malay Hirani, chief executive, Soni CVD Diamonds, a technology provider. “We’re getting a lot of enquiries from established jewellers to set up their own manufacturing units. It’s becoming a part of their vertical integration strategy.”

In a price-sensitive market such as India, lab-grown diamonds could be a big draw. Among smaller stones, lab diamonds could cost a mere 25% of what a natural diamond would. For larger diamonds, where demand still exceeds supply, lab stone prices would come at a 40-50% discount, estimates Pharos Beam.
“(Already,) people are buying lab diamond wedding rings,” said Shah of Pious. “A half-carat lab diamond ring can be purchased for Rs 35,000-40,000 now… the same in natural diamond would be at least Rs 1.25-1.4 lakh.” Pious caters to domestic jewellers and exports too.
Retailers such as Fiona offer buyback options — up to 80% of the market value — for their own lab-grown stones. Jewellery “exchanges” are even done at 100% market value, claimed Agarwal of Fiona.
Trade tussle A few years ago, Mumbai’s Bharat Diamond Bourse (BDB) asked traders involved in lab diamonds to exit the bourse. Now, however, it considering partially lifting the ban by allowing lab diamond traders to have offices within the complex, minus access to the trading floors. But this will only be considered once rules are in place to effectively segregate the two camps.
“It will have to be like a Chinese wall so as not to hurt the trade in naturals,” said Anoop Mehta, president, BDB.

Traditional diamantaires at are still not comfortable with sitting at the same table as lab-grown diamond manufacturers. The trade treats the lab-grown diamond as an annoying interloper into its pristine universe. Hostility apart, though, there is grudging recognition that the customer wants it, and its growth is inevitable.

WHAT IS GOING RIGHT FOR INDIA

A] Energy security and environmental sustainability

-Electricity access provided to almost 100% households, target to realise 24×7 power for all

-Plan for solarisation of irrigation pumpsets

-Use of barren land for solar plants by farmers

4]WHAT INDIA NEEDS TO DO