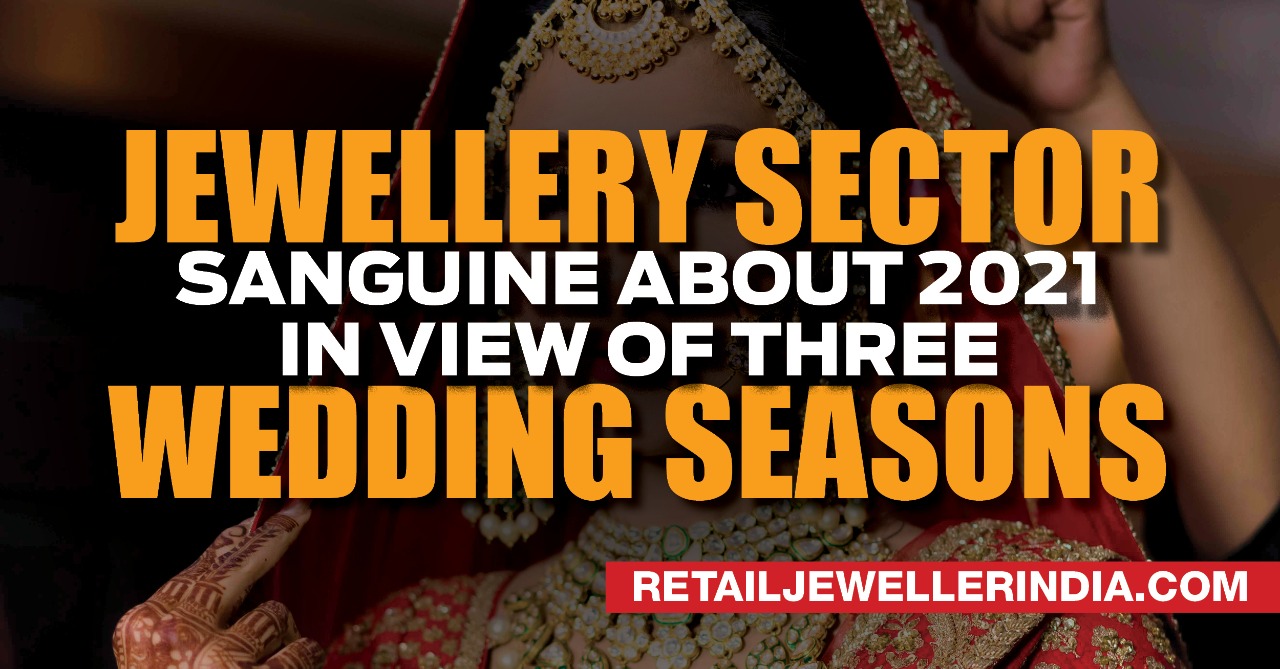 Even as the corporate sector faces the post-Covid world with trepidation, the jewellery industry is hopeful of putting up a fairly good show in the coming year on the back of three wedding seasons. The festival of Diwali is also expected to add some zing to sales. Retailers are banking on deferred demand and the eventual easing of restrictions for business to pick up as they prepare for a New Normal.

Most industry players are agreed that the future will be determined by two major factors – the policies of the government and the quick availability of a vaccine. Once these issues are taken care of, the demand for gold jewellery, which is temporarily suppressed, is expected to surge big time, enabling the industry to make up for the losses suffered this year.

Going by the dismal footfalls in retail outlets as of now, it might seem that the jewellery sector has lost its glitter and will take a long time to get back on track. But the industry is actually hopeful of making a quick comeback. Says Shreyansh Kapoor, Kashi Jewellers, Kanpur, “I am bullish about the future as regardless of what’s happening now, weddings will always take place and jewellery will always be bought for that purpose. We had a number of customers in June who came to buy wedding jewellery for marriages which are slated to take place in November. But due to the current situation, the November weddings might get postponed to the next year. We expect people to resume their purchase of wedding jewellery from mid-August or September.”

Some retailers are of the view that people will actually increase their budget for wedding jewellery purchases. “I see an increase of at least 50% in wedding jewellery sales because the unspent money of this year will come back to the business, provided the situation remains under control. I feel that consumers who were spending 20% of their budget on jewellery purchases will now increase their budget by 5% to 10% next year, as they will divert the funds from other wedding-related expenses, such as catering, venue and decorations, to jewellery. These factors will definitely result in 2021 proving to be much better than 2020 for the jewellery business,” opines Indraneil Roy Chowdhury, Director, MP Jewellers, Kolkata.

Sharing the positive sentiment, Sandeep Narang, Hazoorilal Jewellers, New Delhi, says, “I expect the in-store sales to re-start from October and the wedding jewellery sales to pick up by 50% to 70% by Diwali.”

Industry observers also point out that since jewellery sales do not experience a uniform volume through the year, the loss experienced in the past few months may not be big as it might seem at first glance. Explains Ketan Chokshi, Co-Owner, Narayan Jewellers, Vadodara, “The first and second quarter are generally slow for us, and it’s only the third and fourth quarters, from October to March, when sales pick up. So, there is no major loss, except in the Southern region, where the wedding season is from February to June. I am hopeful that from October onwards, the downward trend of the virus will start in the country and the sentiment will improve by Diwali. So, according to me, we all have a great year ahead as we may get three to four wedding seasons, which will be good for business.”

However, not everyone is equally hopeful of things improving any time soon. Says Keerthana Grandhi, Director, Vaibhav Jewellers, Vishakhapatnam, “We don’t expect a massive recovery, going forward in 2021. The present sales trend is likely to continue till the second quarter of next year. However, sales may pick up from the third and fourth quarters. Since gold is considered to be auspicious for a marriage, the demand for wedding jewellery will still be there, but looking at the present purchase behaviour, sales may be affected to the tune of 25% to 35%, as compared to 2019.”

Another factor that is likely to impact demand is the rising gold prices. Several industry players are of the view that the sharp increase in the price of the yellow metal is causing demand to be suppressed, as of now. “The gold rate has been continuously climbing, which is creating a deterrent to buying jewellery because the customers feel that gold jewellery is very expensive. And it is likely that gold rates will keep on increasing as long as the pandemic rages,” says Kapoor. “Right now, sales are down, as the middle and lower-middle-class customers are hesitant to buy due to the high prices of gold,” agrees Narang.

If the price of gold stabilizes somewhat, or comes down in the coming year, the industry can look forward to a release of pent-up demand, resulting in a big boost to sales. All in all, the sector expects to perform well 2021 onwards, and even regain lost ground.