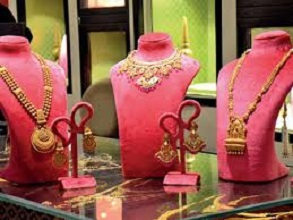 RAJKOT: Small and medium jewellery manufacturers in and around Rajkot are set to get a fillip with a common facility centre (CFC) expected to be operationalized soon at Diwanpara in Rajkot. This centre for gold and silver jewellery is likely to be the first among the total five planned across India to begin operations, say industry players.

A CFC is a pool of high-end and capital-intensive, state-of-the-art machinery or equipment, offering various services at affordable rates, especially beneficial to the micro, small and medium enterprises (MSME) sector of the gems and jewellery industry.

In order to enable goldsmiths and jewellery manufacturing units in small towns and villages to use cutting-edge technology for jewellery making, Gems and Jewellery Export Promotion Council (GJEPC) has come out with a scheme to establish common facility centres. The central government is sponsoring the scheme.

With the cost of adopting state-of-the-art technology and equipment beyond their reach, SME diamond and jewellery units still rely on old technology, which results in low productivity and affects the quality of their finished products. With the establishment of the CFC, jewellery makers in Rajkot will be able to use technology that is being used by the manufacturers globally.

“Rajkot is a hub of jewellery making and it will boost the industry and generate more employment,” said Divyesh Patadiya, president, Jewellery Cluster Association, an umbrella body with 50 members that was created to facility CFC project in Rajkot.

The Rajkot CFC will have modern equipment such as laser marking machine, laser soldering machine, 3D mould machine for jewellery designing and gold refining machine. The cost of machinery to be installed at the CFC in Rajkot is estimated at Rs 5 crore, which is sponsored by the Union ministry of commerce and industry under its ‘Ratna Abhushan Suvidha Kendra’ project.

“There are a few big players in Rajkot who have these types of machinery, but they don’t take up job work. This centre will make available sophisticated machinery to all at a reasonable fee,” said Bharat Ranpariya, a jewellery wholesaler.

Rajkot is among the most popular gold and silver jewellery making clusters in India with 80,000 manufacturers, including goldsmiths and individual jewellers. It provides direct and indirect employment to about 3 lakh people. Rajkot is famous for its plain gold jewellery, which includes nose pins, earrings, anklets, and antique jewellery designs among others.

“Usually schemes are initiated by the government. However, in this case, GJEPC prepared the scheme and requested the government to sponsor it. The government’s grant is provided to local associations through GJEPC,” said Dinesh Navadiya, regional chairman, GJEPC.

According to him, the local jewellery association then selects the state-of-the-art machinery according to their requirements and provides the service to the industry stakeholders. They charge nominal fees to cover their administrative cost.

“Common facility centres are currently being set up in Delhi, Kolkata, Jaipur, Hyderabad and Coimbatore. However, looking at the progress of Rajkot CFC, we believe that it would be the first to be made operational in a very short period,” he added.

“The CFC will break the monopoly of few big manufacturers and now the smaller ones will also be able to offer all kinds of designs. With the availability of new technology to all the manufacturers, our yearly sales are expected to grow by 20-25%. Even exports are expected to get a boost as we will be able to provide delicate jewellery with modern designs,” said Bhayabhai Soni, president, Gold Dealers Association of Rajkot.

According to jewellers, the CFC will also place Rajkot at par with Coimbatore, which is also considered a hub of jewellery design in the country. They will not have to send their jewellery to Ahmedabad or Mumbai for certain work and will not have to fear of their designs getting stolen.

As sales and exports increase, it will also generate more employment. The jewellery association is also mulling to make representation to the government to provide a jewellery design training centre in Rajkot, where they can groom new talent.

Natural Diamond Council to launch the first of its Bi-Annual ‘Fashion of Diamond: Trend report” in India at FDCI X LAKME fashion week