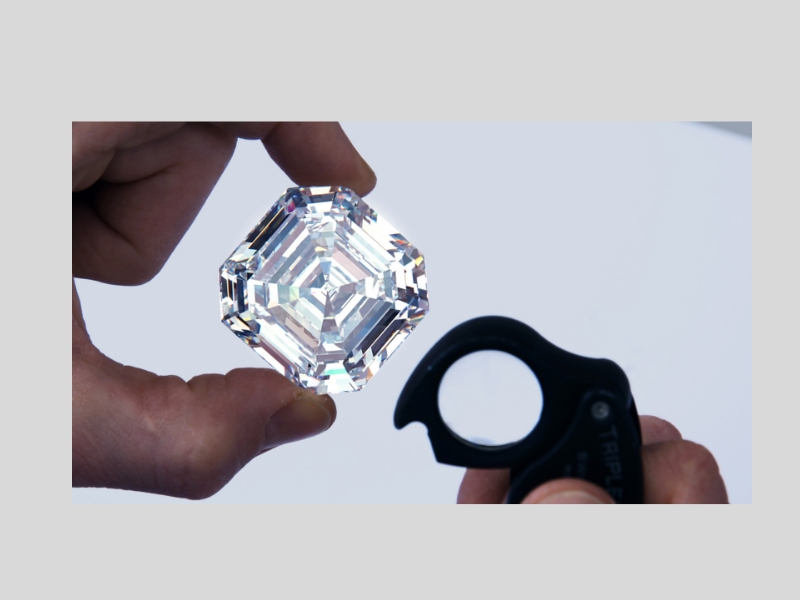 A London-based luxury jeweller has unveiled what is said to be the world’s largest square emerald cut diamond.

The gem has a top D colour grade, meaning it is colourless – a trait which makes a diamond more valuable.

It was cut and polished with painstaking care over 18 months from the second-largest rough diamond ever found – the 1,109 carat Lesedi La Rona, found in Botswana in 2015.

Graff chairman Laurence Graff said: “My love affair with diamonds is life-long and crafting the Graff Lesedi La Rona has been an honour.

“This diamond, our diamond, is beyond words.

“All our expertise, skill and accomplishment went into crafting this incredible diamond masterpiece, which is extraordinary in every way.

Some 66 ‘satellite’ diamonds were also polished from the original rough stone, Graff added.

Lesedi La Rona means “Our Light” in Tswana, the main language of Botswana.