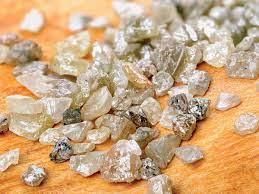 State-owned NMDC on Thursday said it has conducted an e-auction of 8,337 carats rough diamonds produced at its Panna diamond mines in Madhya Pradesh.

In a statement, the state-owned miner said the e-auction process received an overwhelming response from Diamond merchants of Surat, Mumbai and Panna.

“NMDC conducted an e-auction for sale of rough diamonds produced at its Panna Diamond mines located in the state of Madhya Pradesh. About 8,337 carats of rough diamonds, produced prior to December 2020, were offered in the auction and almost 100 per cent of the quantity received winning bids,” it said.

The company did not disclose further details on the e-auction process.

NMDC’s diamond mining project at Majhgawan Panna happens to be the only mechanised diamond mine in the country.

The project is equipped with the facilities of the ore processing plant, including a heavy media separation unit, X-ray sorter for diamond separation and disposal system for tailings generated.

Sumit Deb, CMD, NMDC, said, “We recently received an overwhelming response in the diamond auction conducted at Surat where almost 100 per cent of the offered quantity received bids from the diamond merchants”.

NMDC has its diamond mine at Panna in Madhya Pradesh, which is the only state that accounts for 90 per cent of the total diamond resource of the country.

The company has a production capacity of 84,000 carats of diamond per year in Madhya Pradesh.