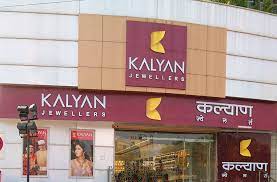 Candere, the e-commerce platform of Kalyan Jewellers is all set to open the first physical store in Mumbai before Diwali. Till now, Candere had an online presence.

Vinod Rai, Chairman, Kalyan Jewellers Indian Ltd in the AGM said that the popularity and foothold of Candere have gone up with reported revenue of Rs 141 crore in FY22, a growth of 83 per cent since the brand was acquired by Kalyan. The brand has registered a strong presence and user loyalty in leading marketplaces.

“While we keep investing into the technology infrastructure and branding, we will also be focusing on building offline presence, thereby offering a complete omnichannel experience to customers”, he added.

The recovery in business momentum after Covid second wave in the first quarter of FY22 has been exceptionally strong. The company recorded revenue in excess of Rs 12,500 crore and PAT in excess of Rs 380 crore for the subsequent 12 months, ending June 30. It has launched 18 new showrooms in the country, thereby increasing the store footprint by 16 percent tot a total of 124 stores, he said.

“We also embarked upon various initiatives for expansion through franchisee showrooms this year. We have made significant progress in our franchisee plans with three showrooms already operated and three more to be launched before Diwali. Like in India, we have received enquiries from potential franchisee partners from West Asia”, he said.

Answering investor questions on Moody’s withdrawal of rating, Rai said the company is planning to tap the international bond market during the second half of the last financial year. The proposed bond issue was supposed to be net debt neutral for the company and the objective of the transaction was to establish a relationship with a new class of investors, thereby diversifying the sources of financing. There was no other pressing need to pursue the transaction.

However, at this stage, given the market conditions, we have decided to not pursue the transaction during the current financial year, he said.

“We had appointed Moody’s and S&P as rating agencies for the proposed bond issue. Given the decision to not pursue the fundraising, the credit rating by the international agencies did not make much sense for us, hence we requested the rating agencies to discontinue the ratings”, he said.