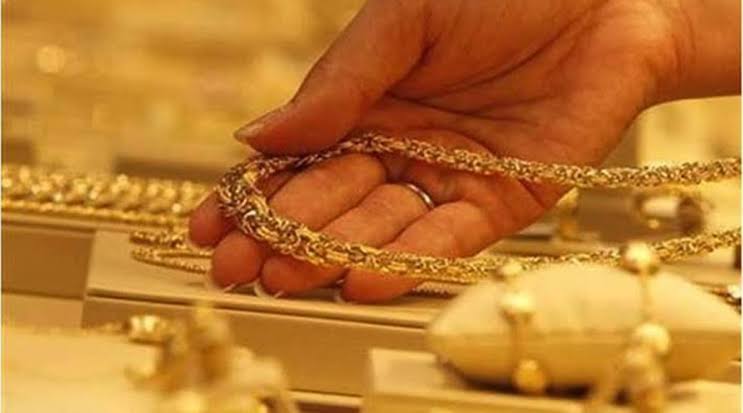 The central government has recently announced to make gold hallmarking mandatory in the country by 15th January 2021. During the press conference, the Union consumer affairs minister Ram Vilas Paswan informed that a notification in this regard will be issued by mid-January 2020 giving the jewellers one year to register with Bureau of Indian Standards (BIS) for obtaining the hallmarking license and exhaust their existing non-hallmarked jewellery stocks. As per the new rules, three grades of gold jewellery, 14K, 18K and 22K will be applicable for hallmarking. As soon as the rule came into effect, retailers will have to mandatorily display the prices of these three quality grades at their shops.

No smooth sailing for the government

Although the government has made it clear that the new assaying and hallmarking centres will be set up by private entrepreneurs at locations where the demand for gold jewellery and artefacts arises but the industry insiders feel that it won’t be an easy task for the government to fully implement the act throughout the country. Currently, BIS certification centres are only present in
bigger cities and towns. According to a figure issued by the government, by October 31, 2019, there were 877 assaying and hallmarking centres spread across 234 districts in the country and so far 26,019 jewellers have taken BIS registration. So, it will be a challenge for the government and its officials to effectively manage this aspect so that retailers in smaller towns can also make the shift to hallmarked jewellery. There is also a thought in the industry that the key to the successful implementation of mandatory hallmarking will be to eliminate fake hallmarking centres in the country.

Image makeover of the industry

The jewellery sector is optimistic and is hoping that the step will boost consumers trust and bring in much-needed transparency in the sector. Though the hallmarking scheme for gold jewellery started in 2000, only 40 per cent of gold jewellery is hallmarked. As per a report published by World Gold Council (WGC), 56% of consumers in India refrain from investing in gold due to mistrust and the mandatory hallmarking would go a long way in attracting these consumers.

The industry believes that the act will elevate the quality assurance levels in India up to world standards and an important step to move the jewellery industry towards a more organised sector. It will also create a level playing field for jewellers across the country. In the current scenario, the branded jewellery showrooms had the advantage of quality assurance while smaller jewellers were looked upon with suspicion; but standardization through hallmarking will enable smaller players to fairly compete.

Those who are unorganised will make an all-out effort to become organized which is a good sign for the industry. This step will also propel India’s gold jewellery exports. This sudden announcement, however, will disrupt the market in the short term and may increase volatility in the short term but will create a level-playing field for branded as well as non-branded jewellery. Mandatory hallmarking will lead to more jobs in assaying and purity verification which in turn will support the gold monetisation scheme. The period of one year to transition takes into account business realities and is very supportive of trade, industry experts said.

Hallmarking is in consumer’s interest

The industry gave thumbs up to the new hallmarking act and feels that the rights of the consumers will be protected. According to them, it is an excellent step in the right direction and a long-overdue policy action. It will bring trust back to the gold industry, benefiting consumers and trade alike. Many feel that the mandatory hallmarking will make jewellers sell quality metal leading to customers paying reasonable making charges which will ultimately improve the confidence in the buying of gold.

It was our long-time demand and we are very happy that the government has finally decided to make it mandatory throughout the country from January 2021. The decision will bring back the trust of the consumers who doubted the industry for a couple of untoward incidents in the past. It will prove to a feather in the cap of Indian industry in the eyes of foreigners. However, the government should work towards making hallmarking centres viable in the rural areas and villages of the country. The govt should assist entrepreneurs in establishing hallmarking centres in rural areas.

We at Manubhai Jewellers welcome the initiative of the government. We have been dealing in 916 jewellery since the time it was introduced in the country. The decision will bring more trust for the industry. I think with the number of new hallmarking centres opened in recent times the industry is fully ready to move towards a more organised sector. There were no hallmarking centres in my area 10 years ago but now we have 4-5 centres. We usually get consumers from rural as well as urban areas and I think they are more aware and conscious about the quality of the jewellery they are buying.

In South India, more than 90% of the jewellers (chain or single store) deal in BIS hallmarked jewellery from the last few years. So, I don’t think there will be any problem and the business will go as usual for them. We know that hallmark will be made mandatory someday or the other so the market was prepared. It will uplift the industry standards and give a level playing field to every jeweller irrespective of his size and brand image.

I think before making hallmarking mandatory in the country, the government first should fully implement GST in the industry. It’s been 2 years since the GST came into effect but still, there are
many jewellers in my city and Eastern India who don’t give proper bills to the customers to avoid the tax. It will create more chaos in the market.

The infrastructure related to hallmarking centres is improving in the country and the industry is ready for it for a long time. Initially it will take a year or so to get accustomed to the new law but eventually, the industry will settle down and business will run as usual. The Bureau of Indian Standards (BIS) is also spreading awareness in the market about the importance of hallmarking so the implementation will be a smooth process. Those jewellers who are still dealing with non-hallmarked goods will eventually join the mainstream and those who failed it will vanish from the sector.

It’s been 15 years since hallmarking came to India so everyone is aware of it. Although there is no issue for metro cities and tier-1 and tier-2 cities there could be some issues in the rural areas
regarding the number of hallmarking centres. The govt has given one year time to the industry to get them ready and I think the industry will respond positively to it. However, to discourage the defaulters the government should work towards higher penalties and conduct surprise checks to maintain gold purity.

The new hallmarking act will definitely help the market in the long run but in the short run it will disrupt the market. The market size will also increase because every jewellery irrespective of the size will keep the same quality of gold. 56% of the clients in today’s time are afraid to buy gold because of the quality concerns but with the new law coming into affect the small jewellers will be at par with the chain stores and corporate which will ultimately benefit the industry. Through the hallmarking act, the government can keep a record of the amount of gold jewellery the jewellers are
holding in the country.