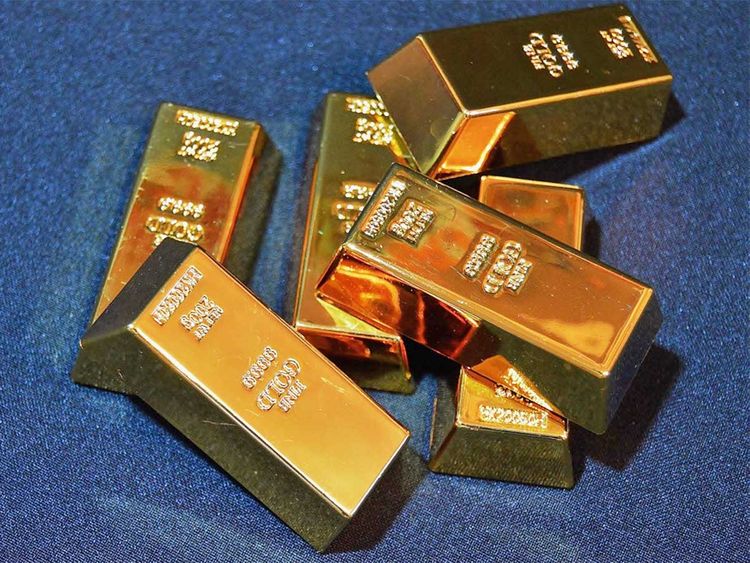 Dubai: The Indian Government’s move to hike import duty on gold from 10 to 12.5 per cent in its latest budget announced on July 5 has raised fresh concerns over the “low” baggage allowance for Indian travelers seeking to carry gold back home.

With gold prices going up in India thanks to the present total tax incidence of 15.5 per cent, including the three per cent Goods and Service Tax, the new price advantage in the UAE is expected to attract more buyers. However, with no change in the baggage allowance, travelling to India with the overseas purchases remains a huge challenge.

According to the Customs Guide for Travellers put up by the Indian Embassy in Abu Dhabi, “An Indian passenger who has been residing abroad for over one year is allowed to bring jewellery, free of duty in his bonafide baggage up to an aggregate value of Rs 50,000 (Dh2,683) in the case of a male passenger or Rs 1,00,000 (Dh5,366) in the case of a lady passenger.”

Indian expats, who traditionally wear gold jewellery and visit India frequently for weddings and other occasions, have long been complaining about the low limit, with claims of ‘harassment’ by customs officials to pay duty at Indian airports.

K.V. Shamsudheen, Chairman of the Pravasi Bandhu Welfare Trust said, he has been campaigning for a higher duty free gold allowance for NRIs for the past 30 years. “When the customs rules were introduced in 1967,  male and female passengers could bring gold worth Rs10,000 and Rs 20,000 respectively (It corresponded to nearly half a kg and one kg of gold at that time). Whereas today, the limit is set at Rs50,000 and Rs100,000 for male and female passengers (it corresponds to less than 20 grams and 50 grams, depending on making charges). The weight of even a mangal sutra (necklace symbolising marriage) will be much more than the permitted value. The Indian Government should increase the  duty free allowance of gold jewellery to 50 grams for men and 100 grams for women.”

Susheela Raman, an Indian expat from Bengaluru who was travelling to her hometown for a wedding, recalled her harrowing experience upon landing at the airport. “Obviously, I was carrying some jewellery as I was attending a family wedding. One necklace and a pair of matching earrings I had was purchased here in Dubai. I was asked so many questions and told to pay duty, or else leave the items in a locker and collect them upon my return to the UAE. The baggage allowance is so low that even the smallest items exceed the permissable limit.”

Beena K, another Indian said, “These days, you can hardly get anything solid within the prescribed limits. It’s high time they increased the baggage allowance.”

Most jewellers in the UAE agree.

Chandu Siroya, managing director of Siroya Jewellers, said, “These limits were set when the gold prices were probably $400-500 an ounce. The price has now gone up to $1,300. It would be more prudent to set limits in terms of the weight or grammage rather than the price as the rates fluctuate all the time.”

According to Siroya, “India’s move in raising the import duty on gold to lower demand will not work. This is because Indians have a cultural affinity to gold. They usually buy gold when there is an occasion like a marriage or birth of a child. If they can afford it, they will buy more, if they can’t they will buy less. Basically, gold will be purchased at any price — even when it went up to $1800 an ounce, there was demand.”

Vinay J. Jethwani, managing director of Meena Jewellers, said with prices being lower in Dubai, he expects sales to go up. “The appetite is bigger as Indians are calculative.”

He said, “The baggage allowance remains conservative. It should be more liberal.”

One retailer said, “As it is people who come in groups buy jewellery here and distribute the items among the group members to avoid paying duty. They also exchange old gold items for new and take them back.”

Who can import gold as baggage in India?

According to the Indian Customs Guide for Travellers, any passenger of Indian origin or a passenger holding a valid passport, issued under the Passport Act, 1967, who is coming to India after a period of not less than six months of stay abroad; and short visits, if any, made by the passenger during a period of six months shall be ignored if the total duration of stay on such visits does not exceed 30 days.

(i) The duty shall be paid in convertible foreign currency at the current rate of duty (12.5 per cent)

(ii) The weight of gold (including ornaments) should not exceed 1 kg per passenger.

(iii) The passenger can either bring the gold himself at the time of arrival or import the same within 15 days of his arrival in India as unaccompanied baggage.

(iv) The passenger can also obtain the permitted quantity of gold from Customs bonded warehouse of State Bank of India and Metals and Minerals Trading Corporation subject to conditions.

How much gold you can carry?

New tranche of gold bonds out with a discount