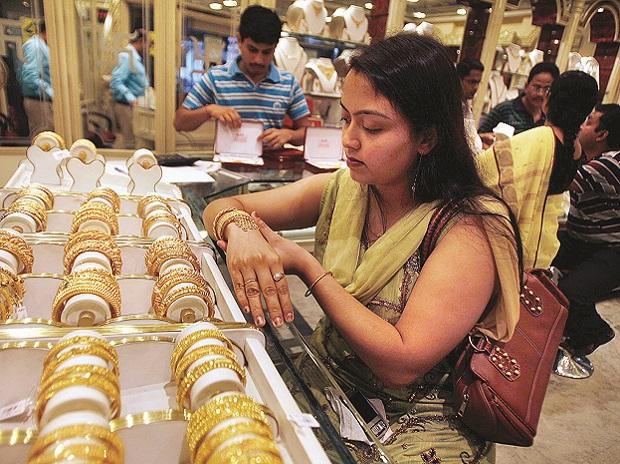 After a satisfactory 10 per cent jump in July–September quarter, India’s gold demand is likely to remain subdued in the fourth quarter of calendar 2018.

Gold prices are quoted at a discount of Rs 50-100 per 10 grams in India for over a month now. Also, jewellery makers are offering huge discount on making charges with a majority of them quote the same at a fix 7 per cent. Apart from that some of them are also offering freebies to attract customers.

This simply indicates that customers are apprehensive over new gold purchase primarily due to the absence of supporting fundamentals. Other asset classes including the stock markets, fixed deposits etc remained more attractive. Also, gold has lost its appeal as a hedge against inflation due to low inflationary pressures of around 3 per cent. Such a discount and freebies during the ongoing wedding and festival season was never heard in the past.

“While wedding season demand would continue, the volume of purchase may not be as high as during last seasons. Hence, we estimate gold demand may not surpass the last year’s October – December quarter of 240 tonnes, but, would remain higher than its sequential quarter of July – September 2018,” said Somasundaram PR, Managing Director, India, World Gold Council. This means demand will be lower that December quarter of last year.

Price is another factor which continued to drive gold consumers away from this segment of capital investment. Till recently prices were quoting at around Rs 32,000 per 10 grams, its price goes up by nearly Rs 1000 further with 3 per cent of goods and services tax (GST). However, in last few days price has fallen by Rs,1000 per 10 gram and is around Rs.31,000 which is still not looking attractive. Opportunistic consumers, however, would continue to wait for the gold price to fall before placing fresh orders.

While gold price remained low in the international markets, depreciation in the Indian rupee kept its price up in local markets.

“We would see Rs 28,000 per 10 grams is a good entry point for new consumers,” said Somasundaram.

Meanwhile, digital gold has become a preferred choice for investors this festive season. MMTC PAMP along with its nearly a dozen of franchise retailers have enrolled nearly 11 million customers for its digital gold segment since its launch nearly two years ago.

“The concept of digital gold has really picked up amongst new age customers. Consumers are opting for digital gold as a safe investment avenue to accumulate their small investment. We are looking to add 4 million new customers to take our customer base to 15 million in the next couple of months,” said Arjun Ray Choudhary, Managing Director, MMTC PAMP, the sole London Bullion Markets Association (LBMA)-accredited precious metals refinery in India.

India’s annual gold demand, however, is estimated to remain at around 700 tonnes for the calendar year 2018.