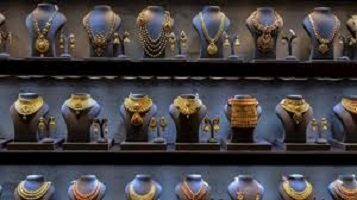 The stand-off between India and China has brought to the fore a shrill cry to reduce India’s trade dependency with its more prosperous Asian neighbour, but one industry will particularly suffer in the crossfire—the gems and jewellery business. Unlike other sectors, such as automotive, pharmaceuticals or textiles, where India depends heavily on Chinese goods, India’s exports in gems and jewellery will take a major hit if a trade war breaks out between the two countries.

Gems and jewellery is one sector where India enjoys a trade surplus with China. According to The Gem and Jewellery Export Promotion Council (GJEPC), India exports gems and jewellery worth $35.57 billion, of which $9.47 billion, or around 27 per cent, is exported to Hong Kong, making it one of India’s largest export partners. From Hong Kong, much of the products (75 per cent) are exported to China for further value-addition. China, in turn, exports a large part of the finished goods to the US and other parts of the world. With this sort of a trade relationship, India’s gems and jewellery business had naturally suffered during the initial days of Covid, when the major business hubs of China were under lockdown. However, China has since recovered, and even while most parts of the globe continue to reel under the effects of the pandemic, especially the US and Europe, China is a major destination for India’s gems and jewellery exports at present. But the exports are mostly done via Hong Kong, especially at trade fairs that attract Chinese customers. At $0.08 billion, India’s direct export of gems and jewellery to China is way lower.

Despite China opening up its markets after the lockdown, India’s gems and jewellery exports have suffered because of the pandemic, falling as much as 82 per cent in April and May this year compared to the same period last year. In happier times, US accounted for 35 per cent of India’s exports of gems and jewellery and the European countries, 15 to 20 per cent. For the sector, Covid continues to be a big worry, says Colin Shah, chairman, GJEPC. “Since the main destinations like the US and Europe are still closed, we are working at less than 30 per cent production,” he says.

This has major repercussions on India’s gems and jewellery business that is spread over 7,000 units in cities like Mumbai, Surat, Jaipur, Kolkata and Chennai, and employs nearly four million people. While exports to China, routed through Hong Kong, are big, imports from China are negligible—just $20 million, or around Rs 150 crore, which mainly comprise cultured pearls and costume jewellery. Some of the other imports from mainland China comprise high-quality zinc, semi-precious gemstones and jewellery making machines and tools, says Rajiv Arora, co-founder, Amrapali Jewels and president of the Federation of Rajasthan Exporters.

Indian gems and jewellery exporters are also concerned about the confrontation between China and Hong Kong. “If things get affected in Hong Kong due to its conflict with China, Indian exporters might suffer another major blow,” says Vipul Shah, vice-chairman, GJEPC.

Can India reduce its import dependence totally on China? “We need a sector-wise, focussed approach to improve quality and reduce cost if we have to stop trade with China and go for ‘Make in India’,” says Arora. “We have Hindustan Zinc based in Udaipur, yet we import high-quality zinc from China. Why?” he asks, stressing on the need to beef up our dependence on domestic supplies, but that is a goal for the long term.