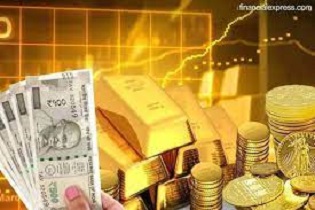 The Government has allowed the Security Printing and Minting Corporation of India (SPMCIL) to mint Indian Gold Coin (IGC) in smaller denominations of 1 gram and 2 grams. Before the amendment, IGC was minted in denominations of 5, 10 and 20 grams only.

Indian Gold Coin was first launched by Prime Minister Narendra Modi on 5th November 2015 with an aim of reducing the import of foreign minted gold bullion or coins. The scheme is currently being implemented by MMTC with IGCs minted by SPMCIL. Indian Gold Coin is the first-ever national Gold Coin with advanced security features. It is also the only BIS hallmarked Gold coin in India.

Here are some other key points of the amendments to the Indian Gold Coin scheme you should know:

Now, SPMCIL will also mint and sell India IGC through an online e-commerce platform, and via multiple channels including Airports

IGC will be made available in 995 fineness also

Currently, IGC is manufactured in 24 carat of 999 fineness only. As per the new rules, now IGC will be made available in 24 carat of both 999 and 995 purity.

The Government has allowed SPMCIL to mint IGC in smaller denominations of 1 gram and 2 grams also in addition to other existing denominations (of 5,10 and 20 grams).

The amendments to the Indian Gold Coin Scheme were notified by the Finance Ministry through an Office Memorandum in February 2021.

Passion for bridal gold will continue