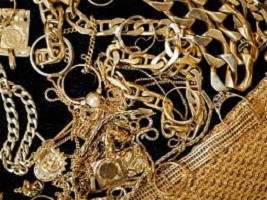 India’s Finance Ministry is considering an amnesty program for residents with illicit stash of gold, as part of an effort to crack down on tax evasion and cut its dependence on imports, according to people with knowledge of the matter.

Under the proposition made to Prime Minister Narendra Modi, the government plans to ask people with unaccounted holdings of the metal to declare it to tax authorities and pay levies, penalty, the people said, asking not to be identified citing rules on speaking to the media. The proposal is at an early stage and authorities are seeking feedback from concerned officials, they said.

Modi unveiled three state-backed plans in 2015 to try to tap the world’s largest private gold stash of about 25,000 tons held by households and institutions to trim physical demand, and reduce imports by providing people with alternative avenues for investment. The programs failed to generate interest as a section of the people didn’t want to part with their gold, usually in the form of jewellery and worn on special occasions, while others feared being penalized by tax authorities.

Consumers who declare their hoard will need to deposit some of the legalized gold with the government for a few years, they said. The administration had planned a similar program last year, the Mint reported on October 30. The tax office had denied any plans for an amnesty then.

Any proposal for an amnesty is fraught with risks as the country’s top court has ruled that Indians cannot claim absolute amnesty following criticism that such programs penalize honest tax payers. A finance ministry spokesman was not immediately available for a comment.

Gold has soared almost 30% to a record this year as the pandemic drove demand for havens amid a weaker dollar and low interest rates. With more stimulus on the horizon, Goldman Sachs Group Inc. has said that bullion is the currency of last resort and forecasts a surge to $2,300 an ounce.