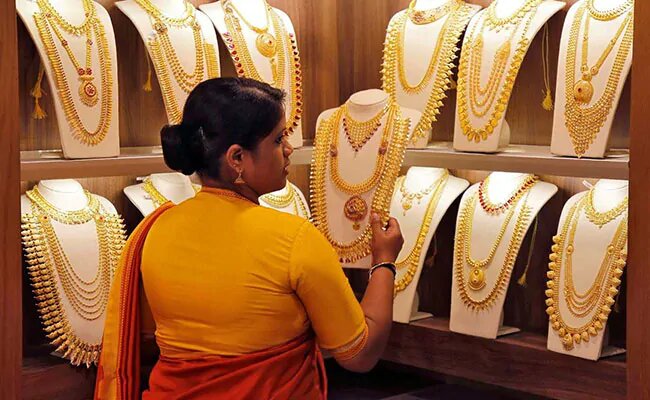 The proposed increase in gold import duty in the Union budget from 10 per cent to 12.5 per cent will “negatively impact” the yellow metal industry in India, stakeholders said on Friday. Jewellers also said rise in import duty may lead to illegal trade and smuggling of gold.

During her budget speech, Union Finance Minister Nirmala Sitharaman on Friday proposed to increase custom duty on gold and other precious metals from 10 per cent to 12.5 percent.

T S Kalyanaraman, Chairman and Managing Director, Kalyan Jewellers, said the hike in custom duty may affect” short term sentiments on gold buying and lead to an increase in the illegal supply of gold in the market”.

“This is not a good sign for the industry as gold is used by people on auspicious occasions and it also acts as a security for difficult times,” Anjali Jewellers DirectorAnnargha Uttiya Chowdhury said. Terming the FM’s proposal “disappointing”, All India Gem and Jewellery Domestic Council (GJC) Vice-Chairman Shankar Sen said, “We had proposed to reduce the import duty on gold gradually to 4 per cent. But, the Centre proposed to increase it by 2.5 per cent, which will have an adverse impact on demand for gold jewellery as the raw material will be costlier and buyer will face the brunt of it.”

The Council had urged the government to make the Gold Monetisation Scheme attractive so that the industry could get better access of domestic gold as raw material. Usually, increase of gold imports widen the Current Account Deficit, the difference between outflow and inflow of foreign exchange in the current account.

The country’s gold imports dipped about 3 per cent in value terms to $32.8 billion during 2018-19. Dip in the imports expected to keep a lid on the current account deficit.