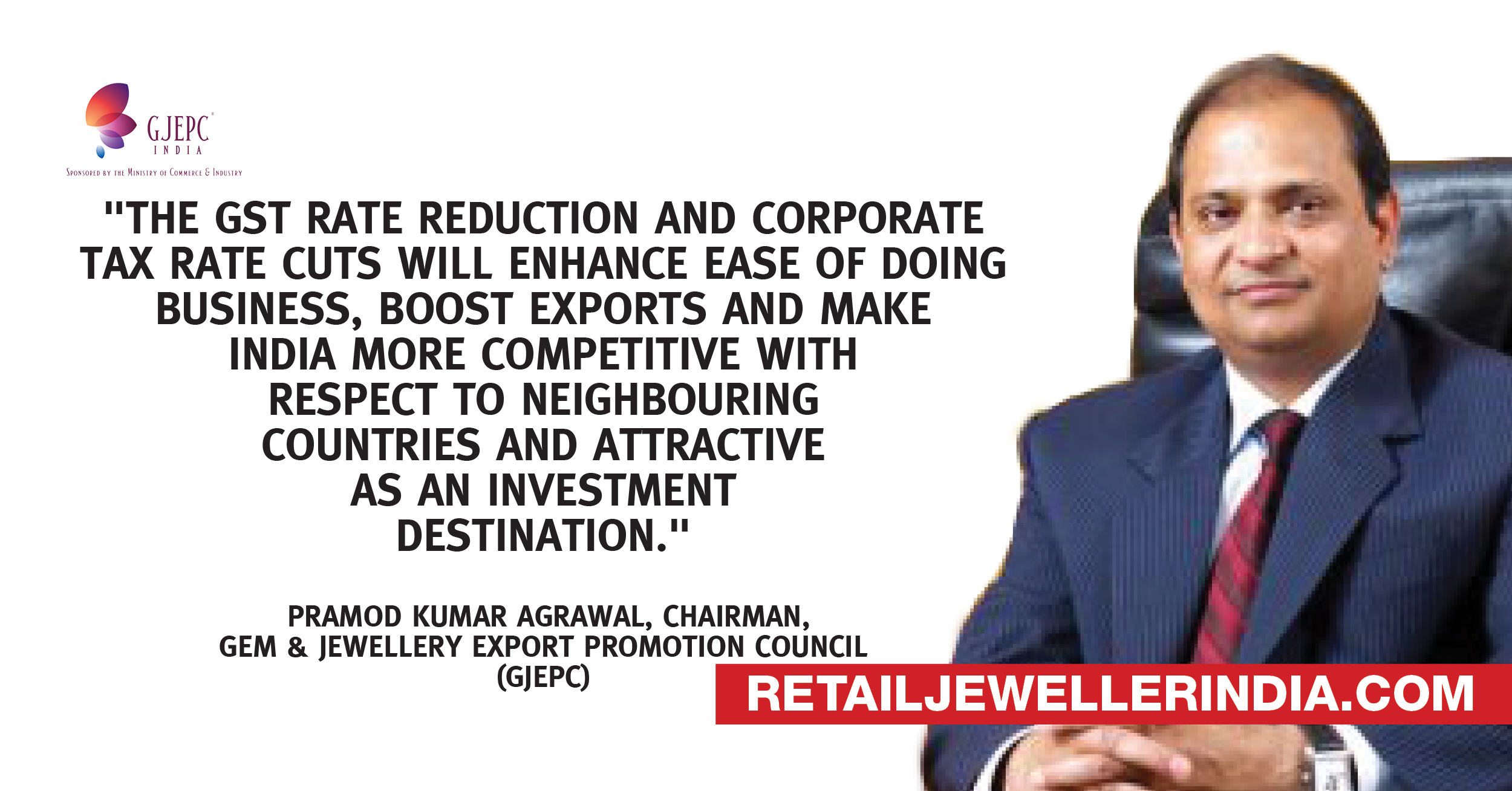 More importantly, the stimulus will bring cheer to the trade constituents and industry on the eve of the festival season, he said.

“It is the right signal to send to the world especially on the eve of the Prime Minister’s visit to the U.S., which is the biggest export market for the gem & jewellery industry,” Mr. Agarwal said.

Similar to gold, now silver and platinum will also get GST exemption when supplied by nominated agency for export purposes. The rate of GST on cut and polished semi-precious stones has been reduced from 3% to 0.25%.

“This move will reduce the burden of working capital blockage and enable exporters to compete in international markets,” Mr. Agarwal said.

Diamond India Ltd (DIL) has been included in the list of nominated agencies eligible for IGST exemption on imports of gold/ silver/platinum so as to supply at nil GST to jewellery exporters.

“The measures will provide impetus to the sector, help upscale manufacturing and augment exports of gems & jewellery from India,” he said.

“The government has given a positive stimulus to the economy and the industry that are facing challenging times due to a slump in global demand and also due to low domestic consumption,” he added.

Mr. Agarwal said most MSMEs including those in the gem & jewellery sector would now be eligible for priority sector credit benefits and this was a very positive development for the industry.

Export credit limit has now been enhanced to ₹40 crore from the earlier ₹25 crore and this will have a positive impact, Mr. Agarwal added.