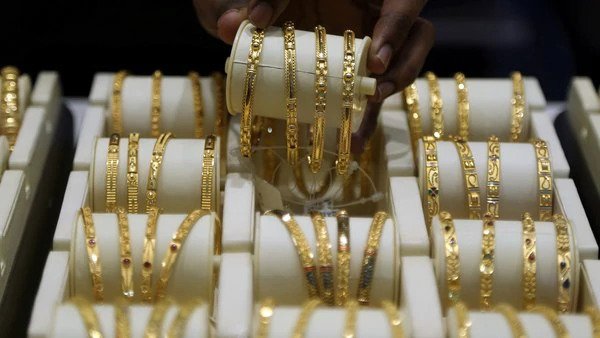 Gold and silver prices in India today hit new highs, tracking a firm global trend. On MCX, August gold contracts surged nearly 2% to ₹36,250 per 10 gram while October contracts rose nearly 2% to ₹36,977, with both the contracts hitting new highs. Tracking gold, silver also made a new high after September contracts on MCX rose 2.7% to ₹42,493 per kg. In global markets, gold prices were ruling above the important mark of $1,450 an ounce, boosted by its safe-haven appeal as risk assets like stocks getting hammered amid global geopolitical and trade tensions.

In global markets, gold prices were rose 0.7% to a six-year high of $1,459 an ounce. Gold prices got a boost after US President Donald Trump last week in a surprise move announced that he would slap 10% tariffs on $300 billion in Chinese imports, renewing trade tensions between world’s two biggest economies. China has vowed to fight back. The sudden escalation in the China-US trade war sent investors stampeding to traditional safe harbours including the yen, bonds, and gold. Asian shares today slid to over 6-month lows.

Lower interest rates, central bank buying, and resurgent investor interest are expected to support gold prices, according to a Reuters poll of analysts. Fears of a global slowdown have sent investors flooding to bullion, traditionally seen as a safe asset to hold in troubled times.

Investors stormed back into both gold and silver in June and July, helping to drive up prices. Silver prices are also up sharply this year. Lower interest rates makes non-yielding gold and silver more attractive.

All is not well with global equities as an asset class but gold can be a defensive play given that a reversal in interest rate cycle has begun.

Jimeet Modi, Founder & CEO, SAMCO Securities & StockNote.Bets on higher prices for both metals on the COMEX exchange now outnumber bets on lower prices by the largest amount since 2017, while holdings of silver in exchange-traded funds tracked by Refinitiv surged to the biggest on record, Reuters reported.