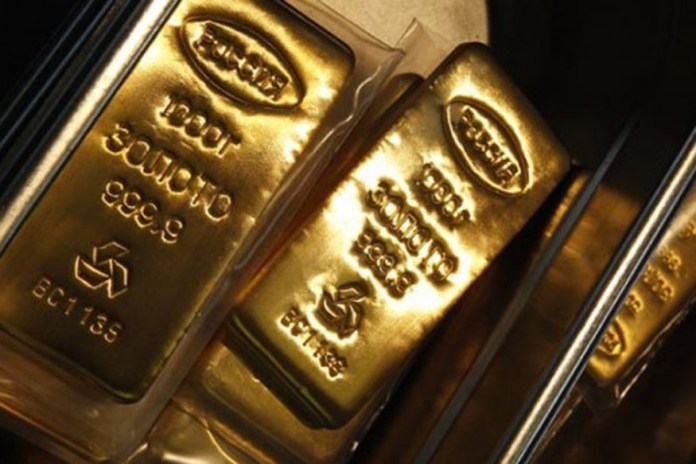 Gold prices held steady on Wednesday after rising 0.3 per cent in the previous session, with investors looking to US President Donald Trump’s upcoming State of the Union address for hints on the outlook for Sino-US trade.

Trump will ask Congress in his address on Tuesday to pass legislation to boost the nation’s aging infrastructure, but will not explain how to pay for it, administration officials said. The speech starts at 0200 GMT.

Senior US and Chinese officials are poised to start another round of trade talks in Beijing next week to push for a deal to protect US intellectual property and avert a March 2 increase in US tariffs on Chinese goods, two people familiar on the plan said on Tuesday.

The Federal Reserve should leave interest rates where they are until the US economic outlook is clearer, Dallas Fed President Robert Kaplan said on Tuesday, a process that in his view could take several more months. The US central bank last week kept interest rates steady and promised to be “patient” before making any future adjustments. China’s financial markets are closed all week for the Lunar New Year holiday.

Trump and Fed Chairman Jerome Powell dined at the White House on Monday in their first meeting after months in which Trump lambasted the central bank for raising interest rates and, in the president’s view, endangering the economy’s growth.

Equatorial Guinea, known mainly for its oil and gas sector, will officially launch the country’s first mining licence bid round on April 1, the mines and oil minister said on Tuesday.