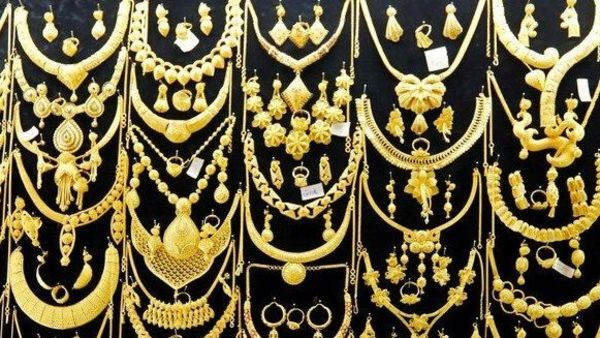 Gold prices remained weak in India today, tracking muted global cues. On MCX, prices of gold futures contracts were down 0.51% to 37,960, extending losses to the third day. Tracking gold, silver also fell, with prices on MCX down 0.36% to ₹44,657 per kg. In global markets gold prices fell today to 1468.6 an ounce after a news report, citing sources, said that China has invited top U.S. negotiators for a new round of face-to-face talks.

Gold prices had hit a two-week high of $1,478.80 in the earlier session on concerns that US-China trade deal could get delayed after US lawmakers passed legislation supporting Hong Kong protesters, which Beijing condemned. The main driver in gold currently is the uncertainty about the trade deal and the market is in a wait-and-see mode, says an analyst.

Abhishek Bansal, chairman of ABans Group of Companies, said gold prices have come off recent lows after US President Donald Trump threatened to raise tariffs on Chinese imports if no deal is reached with China.

Also, helping gold is the rise in geopolitical tensions, after a bill was passed in the US to support the Hong Kong protesters, which might derail the progress in the trade talks, he added.

Gold holdings with SPDR ETF, the world’s biggest gold-backed exchange traded fund, were unchanged at 891.79 tonnes on Tuesday, the lowest since September, says the note. Gold faces resistance at $1480/ounce and unless this key level is broken upside could be limited, say analysts.

The months long trade dispute has pushed gold, which is considered a safe asset in times of political and economic uncertainty, about 14% higher this year in global markets. In India, prices are up over 20%, also lifted by import duty hike and rupee’s depreciation against US dollar.

Minutes from the US Federal Reserve’s October policy meeting, released on Wednesday, offered little cues on what would cause policymakers to change their minds on the interest rate outlook. The Fed has cut interest rates three times this year, before signaling a pause.

Silver tracked rangebound movement in gold and mixed trade in industrial metals, says Kotak Securities. Mixed cues from US and China on trade front has caused choppiness in commodities at large and this trend may persist unless there is more clarity, it added.

100 Women Glittering in Khurana Jewels At The Biggest Fashion Show of Punjab !