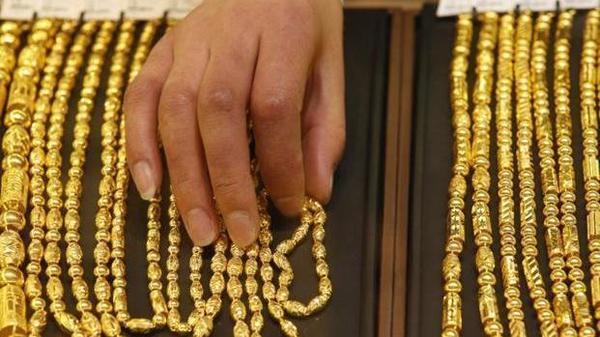 Gold prices declined today for the second day in Indian markets as a pullback in global oil prices took some edge off safe-haven assets. On MCX, October gold futures prices were down 0.25% to ₹37,920 per 10 gram. After the two-day decline gold prices are now about ₹2,000 lower than their record highs of ₹39,885 hit earlier this month. Tracking a decline in gold, silver prices on MCX fell today, down 0.6% to ₹47,075 per kg. Silver had also hit a record high of ₹51,489 earlier this month. They are now down ₹4,400 per kg from record highs.

In global markets, gold prices were steady today, marginally above the $1,500 per ounce as investors remained on the sidelines ahead of US Federal Reserve’s policy announcement later in the day. Analysts expect the Fed to deliver a 25-basis-point rate cut today. Gold was steady at $1,502.26 an ounce but silver prices fell 0.4% to $17.93 an ounce. Gold prices in global markets had risen on Monday and Tuesday following an increase in risk-averse sentiment after an attack on Saudi oil facilities.

Earlier this month, gold prices hit a six-year high of $1,557 in global markets as slowing global growth and risks posed by the US-China trade war prompted many central banks to ease monetary policy. In July, the US Federal Reserve cut policy rate for the first time in more than a decade and now investors are waiting to see if the rate cuts would be sustained.

Brent futures, the global oil benchmark which jumped to just shy of $72 a barrel earlier this week, cooled significantly to about $64 a barrel today, as Saudi Aramco said it had revived 41% of capacity at a key crude-processing complex days after drone attacks on its oil facilities rocked global energy markets.

In India, gold prices are up about 20% so far this year as rupee’s depreciation against US dollar, a rise in import duty and a global rally pushed up domestic rates. However, the sharp price rise has hurt domestic demand for jewellery. Jewellers have also seen higher inflows of old gold jewellery, promoted by the price rally. Gold imports in India slumped over 60% in August.

Kotak Securities analysts say that a sharp spike in crude oil price has also boosted inflationary concerns but it may materialise only if there is a prolonged supply disruption.

They expect gold prices to remain sideways in the near term as investors await more clarity on the central bank stance, the geopolitical situation in the Middle East and US-China trade dispute. However, they say, gold prices could remain supported on expectations of dovish central bank stance and global growth worries.