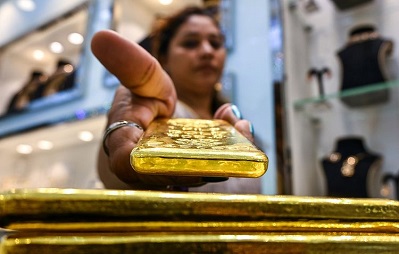 Historically, gold and equities have had an inverse relationship. Why?

It was based on the fact it was equities that used to attract the majority of mainstream capital inflows from hedge funds, pension funds, other Institutional entities, and so on. And whenever the equity markets did not fare well, some part of the same capital would outflow into gold.

Why gold was not so mainstream was primarily because it did not earn any interest and one had to incur storage, insurance, and other costs, thereby making it a negative yield asset. As such, it was only when one expected capital appreciation – and which would provide positive yield – that one would look to invest in gold.

Since gold has always been a relatively much smaller market than equities, even a smaller proportion of this movement from equities to gold would be large for the bullion market, thereby taking prices higher. And the reverse happened when equities performed well.

Mind you, most of the times, gold did not actually do anything on its own; it just reacted.

Recently, the relationship between gold and equities has changed to become direct, i.e., the two now move in tandem in the same direction. Why?

In the last two decades, gold has become relatively more mainstream due to a consistent rise in prices, which in turn is a result of several factors such as consistent prevalence of fear factor (gold’s safe haven role); emergence of investment vehicles in gold such as ETFs; trust deficit in fiat currencies (specifically US dollar); increased central bank buying mainly due to geo-political tensions and to support their currencies with a higher proportion of gold (in physical form).

These factors have changed the mindset of the investment community and gold now finds a permanent place in their portfolios, and its proportion in increasing. In the past, investors used to invest 5 per cent or less of the portfolio in gold and hope that it does not do well, as that would mean the remaining 95 per cent was performing well.

With gold now finding a permanent and higher place in investment portfolios, coupled with rising prices, it is now subject more to the effects of various economic factors and policy decisions, such as interest rates, economic growth, unemployment numbers, and so on. These same factors affect the equities markets as well, and the two have become kind of competitors – for attracting capital.

Interestingly, these economic factors have the same effect on both gold and equities. Typically, the lower the real interest rates, the higher would gold move, and vice versa. This is because of the lower opportunity cost in lost income – since gold is a negative yield asset per se, the lower the interest rate, the lower would be the relative loss on yield.

At the same time, lower real interest rates would encourage more bond issuance and be positive for equities as well. The same can be said for the effects of stimulus money released by various economies, which is supporting both equities and gold.

However, would the situation remain the same should the fundamentals change? For example, what may happen to the safe haven aspect of gold when the world finds a way to deal with COVID-19; when there is not so much of doom and gloom due to trade or political wars; if the stimulus money finds its way to the channels aimed at by policymakers, and economies start growing?

Whatever will be, will be. But the future is not ours to see…

This article was first published in Gulf News