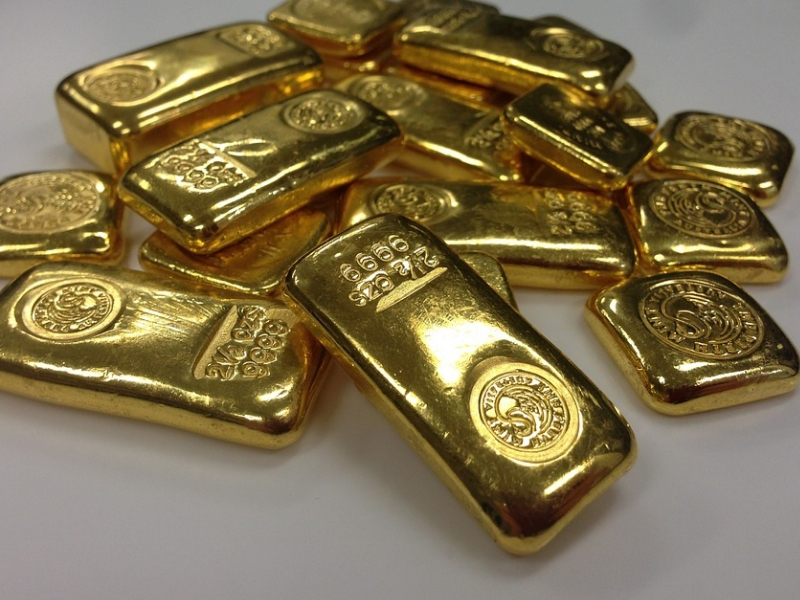 Gold prices were steady on Tuesday and hovered near one-month high hit in the previous session, as demand for safe-haven assets improved after treasury yields and equities fell on possible US recession and global growth concerns.

Asian shares were shaky on Tuesday after US Treasury yields sank to their lowest since late 2017, further below short-term interest rates and adding to fears of a US recession.

Benchmark 10-year Treasury yields fell to their lowest levels since December 2017 on Monday while the yield curve inverted further as investors evaluated last week’s dovish pivot by the Federal Reserve. Germany’s benchmark 10-year bond yield slid back into negative territory on Monday as worries over Brexit saw investors rushing for safe haven assets, tempering the impact of a surprise rise in business sentiment which lifted yields earlier in the session.

German business morale improved unexpectedly in March after six consecutive drops, a survey showed on Monday, suggesting that Europe’s largest economy is likely to pick up in the coming months after it narrowly avoided a recession last year.

|
British lawmakers wrested control of the parliamentary agenda from the government for a day in a highly unusual bid to find a way through the Brexit impasse after Prime Minister Theresa May’s EU divorce deal was rejected again. Chicago Federal Reserve Bank President Charles Evans said on Monday it was understandable for markets to be nervous when the yield curve flattened, though he was still confident about the US economic growth outlook.