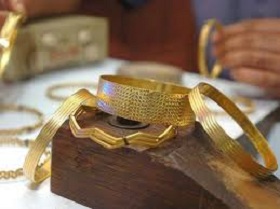 As stocks and bonds as investment avenues do not show much hope under current market conditions, gold could be the asset to put your money in. If analysts at Bank of America Securities (BofA Sec) are to be believed, gold prices in the international market could rally to $3,000 per ounce (Oz) by end 2021. Translated into Indian rates, that could be about Rs 82,000/10 grams at current exchange rates.

On Thursday, gold futures for June on MCX closed at Rs 46,352/10gm. So, in about one and a half years, gold prices in India could gain about 75%. In the international market, gold is currently trading at about $1,750 level.

According to BofA Sec, due to the Covid-19 lockdown, US GDP could go down by 30% in Q2 of 2020 — the steepest drop in modern history. Other countries like Japan will likely experience a 21.8% decline in output in Q2 CY20, while China just reported a contraction of 6.8% in Q1 CY20. “As central banks rush to expand their balance sheets and backstop asset values and consumer prices, a lot of risks could end up being socialised,” it noted.

The analysts believe that a strong dollar, reduced financial market volatility and lower jewellery demand in India and China could become the headwinds for gold. “But beyond traditional gold supply and demand fundamentals, financial repression is back on an extraordinary scale. Rates in the US and most G-10 economies will likely be at or below zero for a very long period of time as central banks attempt to push inflation back above their targets.”

Nominal GDP, central bank balance sheets, or official gold reserves will, in such a scenario, remain the key determinants of gold prices. “As central banks and governments double their balance sheets and fiscal deficits respectively, we have also decided to up our 18-month gold target from $2,000 to $3,000,” noted BofA Sec.