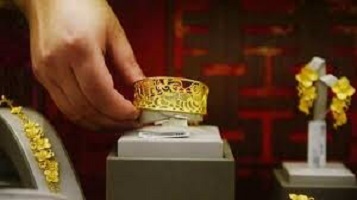 In view of the coronavirus pandemic, the government has extended deadline for mandatory hallmarking of gold jewellery and artefacts by over four months. The deadline has been extended to June 1, 2021, as compared to the earlier deadline of January 15, 2021, Press Trust of India reported, citing Consumer Affairs Minister Ram Vilas Paswan.

“Jewellers had made a request to extend the time. We have extended the deadline from January 15 to June 1, 2021, in view of the disruption in the wake of the COVID-19 crisis,” Consumer Affairs Minister Ram Vilas Paswan said.

Gold hallmarking is a purity certification of the precious metal and is voluntary in nature at present. After June 1, 2021, gold jewellery and artefacts would be made mandatory across the country.

Accordingly, from June 1 next year, jewellers will be allowed to sell only 14, 18 and 22 carats of gold jewellery. Any violation would attract penalty and imprisonment.

The government, in November last year, had announced that hallmarking of gold jewellery and artefacts would be made mandatory across the country from January 15, 2021.

But amid the coronavirus crisis, the All India Gem and Jewellery Domestic Council (AGJDC) and the India Bullion and Jewellers Association had demanded the extension of the deadline.

According to jewellers, another six months would not be enough to exhaust their existing stocks.

“The retail sales of gold jewellery have been hit severely in the last two-and-a-half months and the season is lost. No one knows what will happen in the next six months. We will also recommend the government to extend the deadline,” Indian Association of Hallmarking Centres president Uday Shinde had said earlier.

He also said that there is a need for more purity hallmarking standards, adding that body will discuss with the Bureau of Indian Standards.

India is the largest importer of gold, which mainly caters to the demand of the jewellery industry. In volume terms, the country imports 700-800 tonne of gold annually.

India Bullion and Jewellers Association had also demanded for extension of the deadline by a year.

Pankaj Parekh, a veteran in the jewellery industry, said there are purity benchmarks for jewellery which are prevalent in many states and not falling under the three proposed standards.