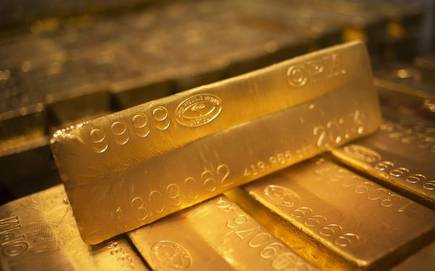 India is the largest importer of gold, which mainly caters to the demand of the jewellery industry.

India’s gold imports which have a bearing on the current account deficit (CAD), increased by 15.4 per cent to $13.16 billion (about Rs 92,000 crore) during April-July period of the current fiscal, according to commerce ministry data.

CAD, which is the difference between the inflow and outflow of foreign exchange, increased to $57.2 billion or 2.1 per cent of the gross domestic product (GDP) in 2018-19 as against 1.8 per cent in the previous year.

Since January 2019, gold imports have recorded a double-digit growth except in February when it dipped by about 11 per cent.

India is the largest importer of gold, which mainly caters to the demand of the jewellery industry. In volume terms, the country imports 800-900 tonnes of gold annually.

To mitigate the negative impact of gold imports on the trade deficit and CAD, the government increased the import duty on gold to 12.5 per cent from 10 per cent in this year’s budget.

According to industry experts, there are apprehensions that sectoral players may shift their manufacturing bases to neighbouring countries due to the high import duty on gold in India.

The Gems and Jewellery Export Promotion Council (GJEPC) had expressed disappointment over the hike in import duty. Gems and jewellery exports declined by 5.32 per cent to $30.96 billion in 2018-19.