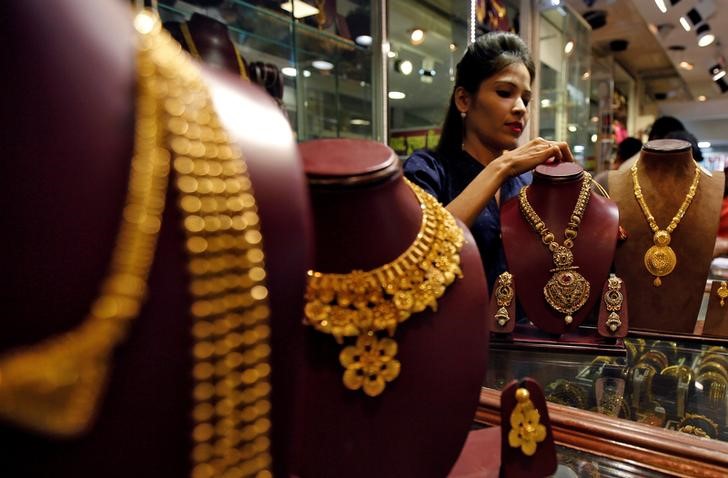 Chennai: Gold imports in the March quarter went up by 20 per cent as optimistic jewellers started stocking up inventory ahead of Akshaya Tritiya. Retail demand has started picking up and a positive outlook on gold prices is expected to support 10 to 15 per cent growth in sales during Akshaya Tritiya, falling on May 7.

In the March quarter, the country imported 196.8 tonnes of gold, which was 20 per cent higher than 164.4 tonnes in the same quarter of last year, according to data from GFMS. “This comes as a surprise as the first quarter is largely a quiet one. The market seems to have replenished the sold out stocks and also stocked up for the wedding season as well as Akshaya Tritiya,’ said Debajit Saha, Senior Analyst, Precious Metals Demand, South Asia and UAE, GFMS Thomson Reuters.

According to Surendra Mehta, National Secretary of the India Bullion Jewellers Association, the demand has revived in the March quarter itself. “There have been a lot of analyst predictions on the upward movement of gold prices amid slower global growth and central bank buying. The Indian market has remained rather unaffected to the recent price movement in the international market due to a stronger rupee. However, they (jewellers) expect the rupee to take a plunge post-elections and hence they see this as an opportunity to acquire gold,’ he said.

Even the wedding purchases have started picking up and this has been evident from the March import volume of 78 tonnnes against 53 tonnes in the same month last year. The retail demand has forced most jewellers to replenish their inventory and stock up for Akshaya Tritiya.

“Gold prices dropped nearly 7 per cent from the recent high of February 2019. Weakness in gold prices will attract more buyers to gold. Consumers have started placing orders in advance for jewellery purchases on Akshaya Tritiya. We might see a rise in sales of gold jewellery by 20-30 per cent this year,’ said Abhishek Bansal, Chairman of aBans Group.

Mehta expects demand growth of at least 10 to 15 per cent this Akshaya Tritiya.

Tanya Rastogi, Director, Lala Jugal Kishore Jewellers, said: “We are expecting a good Akshaya Tritiya, especially in the rural sector, which accounts for a sizeable percentage of sales. The welfare schemes for the farmers ahead of elections will boost the rural income, which they would convert into gold.”