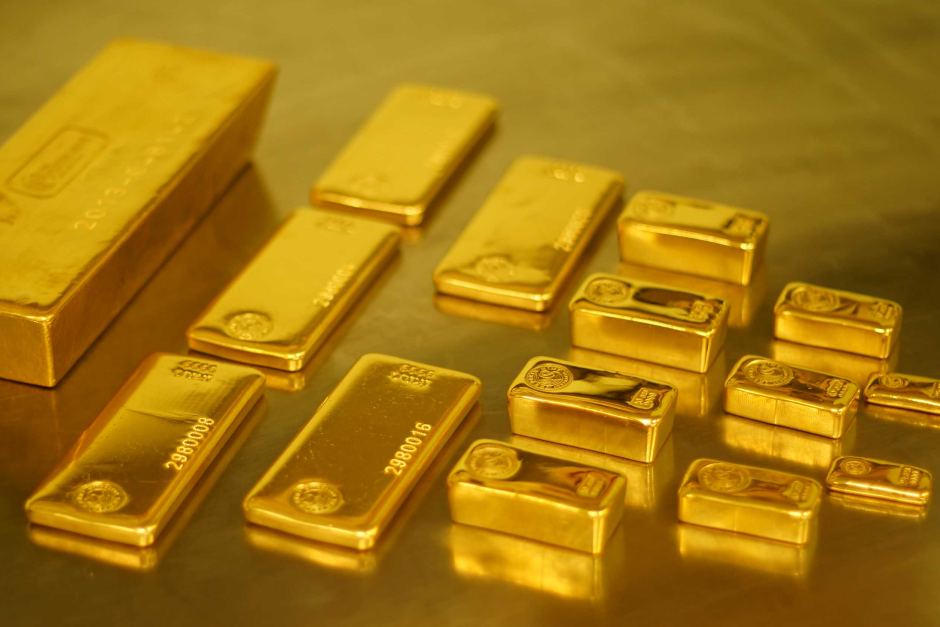 February 8: Gold held steady on Friday on worries that a prolonged Sino-U.S. trade war could worsen global economic slowdown, but a strong dollar put bullion on track for its first weekly loss in three. Spot gold was steady at $1,309.34 per ounce, as of 0320 GMT, after the metal hit its lowest since Jan. 29 at $1,302.11 on Thursday.

U.S. gold futures were also unchanged at $1,313.10. U.S. President Donald Trump said on Thursday he did not plan to meet with Chinese President Xi Jinping before a March 1 deadline set by the two countries to achieve a trade deal. The two countries had taken a 90-day hiatus in their trade war to work out a deal.

Stocks pulled back sharply around the world on fears of a global growth slowdown spreading to Europe and uncertainties around U.S.-China trade tensions.”Some of our growth indicators are clearly seeing easing global activity and trade volumes are being hit. That makes people cautious and could derive support for gold around $1,300-$1,330 range,” said John Sharma, an economist with National Australian Bank.

The European Commission on Thursday sharply cut its forecasts for euro zone economic growth this year and next on expectations the bloc’s largest countries will be held back by global trade tensions and domestic challenges.”People are still not sure in what direction the trade war might go,” Sharma said, adding that the U.S. dollar’s strength was also capping gold’s gains.

The dollar index, a gauge of its value versus six major peers, was hovering close to its two-week high.”The negative trade talk headlines saw some safe-haven buying re-emerge,” ANZ analysts said in a note, adding that sharp falls in equity markets had been supportive for gold.

Bullion prices have risen about 13 percent since touching over 1-1/2-year lows in August, mostly due to volatile stock markets, a pull-back in dollar and dovish U.S. Federal Reserve.But, a strong dollar, which makes bullion more expensive for holders of other currencies, has driven gold down 0.6 percent for this week.

Gold’s pull back from a nine-month high of $1,326.30 touched last week has driven outflows in the world’s largest gold-backed exchange-traded fund, SPDR Gold Trust. SPDR gold holdings fell for a fifth straight session on Thursday, shedding over 1 percent for the week in what could be their worst fall since the week ended Oct. 7. Among other precious metals, palladium stood firm at $1,386 an ounce, silver was down 0.1 percent at $15.70 and platinum was 0.4 percent lower at $793.