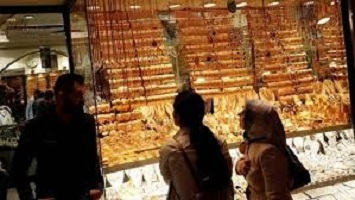 Gold prices touched a two-week low on Wednesday due to optimism around reopening of several economies, but increasing Sino-US frictions over Beijing’s proposed security law for Hong Kong tempered losses.

“What we saw over the preceding 24 hours was a break of relatively meaningful support at about $1,715,” said DailyFx currency strategist Ilya Spivak.

“The positive story seems to be easing of restrictions and (that) there will be some sort of rebound in economic activity… but, there is (also) a lot of negativity. Tension between the US and China is a huge risk.”

US President Donald Trump said on Tuesday that Washington was working on a strong response to China’s planned national security law for Hong Kong, adding it would be announced before the end of the week.

Asian shares slipped on concerns about the rising Sino-US tensions.

Despite the pullback in bullion prices, the outlook remains positive for gold, which is seen as a safe-haven asset during political and economic uncertainties, analysts said.

“The biggest risk is people getting complacent and forgetting that the long-term consequences of this lockdown are not going away anytime soon and we aren’t going to have the perfect economy,” Spivak added.

Economic prospects for the developed world this year have darkened again in the past month, with a V-shaped sharp recovery expected by less than one-fifth of economists polled by Reuters.

COVID-19: US imports record amount of gold from Switzerland as virus upends trade