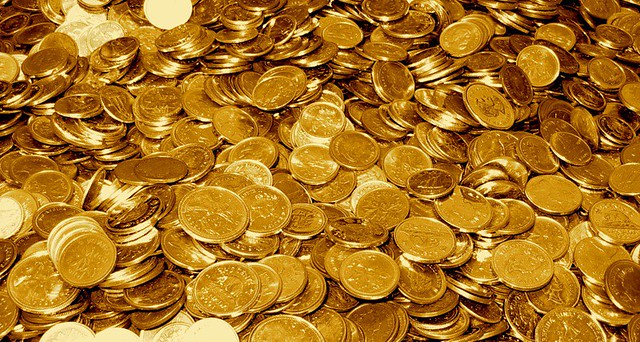 May retest resistance at $1,290, according to analysts

Gold prices touched a more than one-week high on Monday as fears of a protracted US-China trade war hurt risk sentiment, while poor economic data from the United States bolstered bets of a US Federal Reserve rate cut.

“Gold has really reversed earlier losses as risk appetite in the market remains rather shaky,” said Benjamin Lu, an analyst with Singapore-based Phillip Futures. “US sanctions on Huawei and even the rest of the Chinese technology firms have really aggravated trade tensions.”

China on Friday denounced US Secretary of State Mike Pompeo for fabricating rumours after he said the chief executive of China’s Huawei Technologies Co Ltd was lying about his company’s ties to the Beijing government. A string of weak data from the United States late last week stirred up concerns that its protracted trade-war with China has started taking a toll on the country’s economy, and promoted bets for a much expected rate cut by the Federal Reserve.

Over the weekend, US President Donald Trump repeated a complaint that the Federal Reserve’s policies have kept US economic growth from reaching its full potential.

Further uncertainties emerged after British Prime Minister Theresa May said on Friday she would quit after failing to deliver Brexit, setting up a contest that will install a new British prime minister who could pursue a cleaner break with the European Union. “The rise of volatility triggered by geopolitics benefited the yellow metal and if the UK political game of thrones and US-China trade keep uncertainty levels high, gold could once again jump above $1,300,” Alfonso Esparza, senior market analyst at OANDA, said in a note.

The US dollar was struggling against a basket of six major currencies, having fallen off a two-year peak in the previous session due in part to the US-China trade dispute, making gold cheaper for holders of non-US currencies. Gold may retest a resistance at $1,290 an ounce, a break above which could lead to a gain to the next resistance at $1,295, according to Reuters technical analyst Wang Tao.

Meanwhile, hedge funds and money managers sharply reduced their net long positions in COMEX gold in the week to May 21, the US Commodity Futures Trading Commission (CFTC) said on Friday.