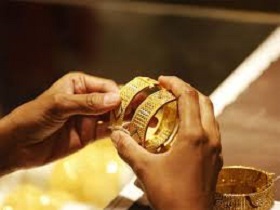 Dealers charged premiums of $6 an ounce over official domestic prices, inclusive of 12.5% import and 3% sales taxes, compared with last week’s premium of $5.

Jewellers have been replenishing inventory as sales have improved significantly in the last few weeks, said a Mumbai-based dealer with a bullion importing bank, adding investors have started coin and bar purchases at current rates.

“Quite a few customers – more so from the retail and wholesale side, including high net worth individuals – picked up gold because prices are lower,” said Brian Lan, managing director at dealer GoldSilver Central.

As for silver, refineries and mints continued to grapple with a backlog of orders, Lan added.

There was some safe-haven buying as well, said Peter Fung, head of dealing at Wing Fung Precious Metals in Hong Kong.

Gold was sold at premiums of around $0.80-$2.50 an ounce in Hong Kong, while lower prices also boosted demand in Japan, which saw premiums of $0.75.