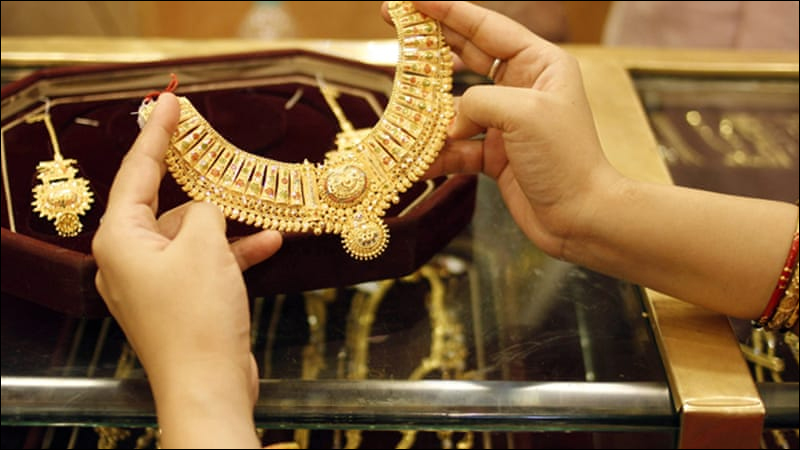 Until a week ago, bullion dealers were offering discounts on gold. But with the onset of Navratri demand, they have started charging a premium over the official price of gold.

Kolkata: Gold is commanding a premium of $1 per troy ounce on the landed price in India, an indication that demand for the yellow metal is reviving as jewellers start restocking gold for the festive and wedding seasons.

Until a week ago, bullion dealers were offering discounts on gold. But with the onset of Navratri demand, they have started charging a premium over the official price of gold.

Gold imports are likely to be 25-30 tonnes in October, as against 11 tonnes in September, said bullion dealers and trade analysts.

“We are seeing an improvement in demand since last Saturday, when the auspicious Navratri celebrations began,” said Mukesh Kothari, director, RiddiSiddhi Bullions. “Gold is now at a premium and going ahead the premium may go up further if the pent-up demand in the market is fulfilled. Imports will definitely go up to 30 tonnes in October.”

On Tuesday, gold was trading at Rs 51,585 per 10 gm in the spot market of Mumbai’s Zaveri Bazaar.

“The demand has definitely increased with the onset of Navratri. Now it almost feels like normal times,” said Ishu Datwani, founder of Mumbai-based Anmol Jewellers.

Datwani said he has restarted stocking fresh pieces and new designs for the coming season. “Import of gold is definitely going to go up because all over India the pent-up demand is showing up and people are returning to jewellery shops in droves,” he said.

Jewellers from smaller places like Gorakhpur in Uttar Pradesh too are witnessing an increase in demand. Vaibhav Saraf, director, Aisshpra Gems and Jewels, said: “As wedding season is round the corner, and Navratri being an auspicious time to purchase gold jewellery, we have seen good demand for light to heavy jewellery.”

The outbreak of Covid-19 had led to a delay in manufacturing operations, but the festive and wedding seasons have prompted a resurgence. “We have now started taking orders for gold and diamond jewellery and are restocking to maintain the supply chain in the festive season,” said Saraf.

He said there should be a marginal increase in imports since manufacturing is still picking up and a large percentage of old jewellery is also being recycled by consumers because of high prices.

Online jewellery players said they are also witnessing a rapid recovery in demand. “The pandemic has brought about a marked change in people’s buying behaviour, from offline to online purchases,” said Saroja Yeramilli, CEO, Melorra. “Melorra has seen a huge rise in demand over the last few months from the tier 2 and 3 cities specifically. Now, with the onset of Navratri, the demand has increased further.”