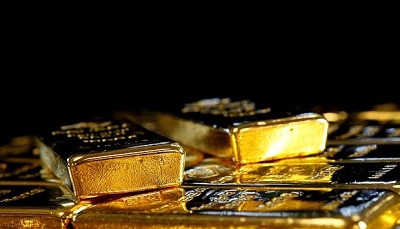 Bullion hit a record in August as investors feared an unprecedented wave of stimulus by central banks and governments would lead to currency debasement and inflation.

Gold posted the biggest annual advance in a decade after a tumultuous year, with gains this month aided by the dollar’s decline to the lowest since April 2018.

Bullion hit a record in August as investors feared an unprecedented wave of stimulus by central banks and governments would lead to currency debasement and inflation. Holdings in bullion-backed exchange-traded funds set an all-time high in October.

While prices ebbed as the roll-out of vaccines injected optimism into financial markets, the dollar’s continued weakness has helped support gold into the year-end.

Much of gold’s performance next year will depend on whether the eventual return to normality is outweighed by ongoing stimulative policies. Led by Chair Jerome Powell, the U.S. Federal Reserve has signaled that its ultra-easy monetary conditions will last throughout 2021. Efforts to pass further fiscal stimulus through the Senate have hit another roadblock.

“Gold’s main drivers — weaker U.S. dollar and low real interest rates — are likely to provide support” even as vaccines are distributed around the world, said Vasu Menon, executive director, investment strategy, at Singapore-based Oversea-Chinese Banking Corp. With the lower-for-longer Fed, “it is too early to throw in the towel on gold,” he said in an email.

Spot silver was up 48% this year, while palladium had a fifth consecutive annual gain, with a rise of about 26% in 2020. Platinum climbed 11% for the year.