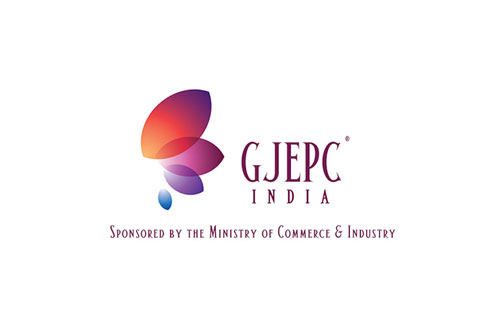 Reduction in the import duties on diamonds and precious metals, changes in some applicable taxation laws, permission for job work, revision in e-commerce norms, etc., these are some of the key pre-Budget proposals that The Gem & Jewellery Export Promotion Council (GJEPC) has put forward to the government.

In an announcement made shortly before the government tables its Budget in Parliament on February 1, the Council has said that these measures would help boost a sector that accounts for nearly US$ 40 billion in exports, contributes 7% to GDP, 12% to merchandise exports and employs a workforce of nearly 5 million.

Reduction in import duty on Cut and Polished Diamonds and Gemstones from 7.5% to 2.5%

GJEPC said that there has been a 10% decline in exports of diamond-studded jewellery as a result of the duty, and the cutting and polishing of diamonds over 2 carats as well as the trading of smaller sizes has also been affected.

Reduction in Import Duty on Precious Metals Gold/Silver/Platinum from 12.5% to 4%

The high duty has resulted in undue blockage of huge working capital, especially for SMEs, which along with the 100% bank guarantee has proved to be a disincentive to organised sector and has reportedly led to huge influx of metals through unofficial channels.

Further, as Niti Aayog has pointed out, multiple increases in import duty on precious metal gold had resulted in gold coming in from countries such as South Korea and Malaysia, with whom India has signed Free Trade Agreements (FTAs), increasing the price arbitrage in the domestic markets. Cheaper import in the grey market encourages unofficial gold business in a big way.

Rough diamonds are being displayed at the SNZ since 2015 as there are no direct tax implications for foreign mining companies. However, sales are not taking place.

Council proposed that sale of rough diamonds shall be allowed on the lines of participation in an overseas exhibition, or the mining companies should be offered level playing field (compared to UAE, Belgium, Israel etc.) by providing presumptive turnover linked tax rate of 0.125%.

The number of foreign tourists arriving in India has risen and there is great potential for selling Indian jewellery to them. Yet, due to the absence of GST refund procedures as prevalent in Singapore, Malaysia, China, Thailand etc., they are buying from other centres.

GJEPC requested introduction of the Standard Operating Procedures (SoP) for Tax Refund for Tourists facilitating and enabling refund of GST paid on procurements made by foreign tourist in India, which will boost foreign exchange earnings.

E-Commerce in Gems and Jewellery Industry

There is increasing use of eCommerce marketplace for the purchase of gems & jewellery items, and countries like China have created huge employment both direct & indirect in manufacturing, packaging, logistics, technology sectors etc.

GJEPC suggests that jewellery, studded or otherwise, up to the value of US$ 800 should not be considered as a precious item for the purpose of Courier Import Export Regulations as is the norm in most countries. These consignments should also be allowed on the basis of invoice and self-declaration.

Introduction of a Job Work Model in Diamond, Precious and Semi-Precious Stones Industry

While industry players in competing jurisdictions are permitted to send consignments to the job worker free of cost by the foreign principal for the sole purpose of processing activities and re-export, there is no such enabling policy in India.

GJEPC has suggested that job work by SEZ units for DTA units and sale of gems and jewellery items from SEZ to DTA units should be allowed.