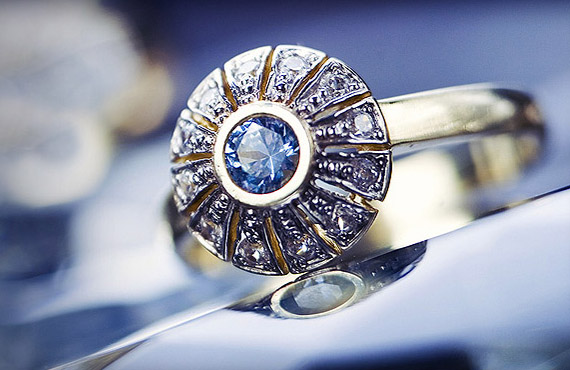 The market sentiment is improving, according to him, and the council is expecting an increase in demand for gold jewellery due to forthcoming marriage season.

The All India Gems & Jewellery Domestic Council said that it has set a target of USD 100 billion by 2025 for the domestic gems and jewellery sector.

At present, the domestic gems and jewellery sector is estimated at US$75 billion.

“We have launched our Vision 2025 program of USD 100 billion for the indigenous gems and jewellery sector and we plan to add 2 million more jobs in the sector,” the council’s chairman Nitin Khandelwal told reporters on the sidelines of ‘Manthan Gems & Jewellery’ conclave in Mumbai.

The market sentiment is improving, according to him, and the council is expecting an increase in demand for gold jewellery due to forthcoming marriage season.

India’s gems and jewellery business is a sterling example of the government’s ‘Make-in-India’ initiative, contributing around 7 per cent of the country’s GDP, according to Khandelwal.

It provides jobs to more than 46 lakh people of the country, thus making significant contribution to the country’s socio-economic framework, he claimed.

The All India Gems & Jewellery Domestic Council (GJC) has drawn up a roadmap for adding 2 million new jobs in the gems and jewellery sector, including 40 per cent of the new jobs for women, said Khandelwal.

“We are also looking at setting up training centres across the country,” he said.

The association hopes to bring 100 per cent gems and jewellery trade under the organised platform from 60 per cent at present after successful implementation of the goods and services tax (GST).

On the pricing front, Khandelwal said uncertainty has gone up following the trade war between the U.S. and China, resulting in a climb in gold prices.

FPIs find a gem in Niravgate-hit jewellery sector, and it’s not Jhunjhunwala’s Titan!