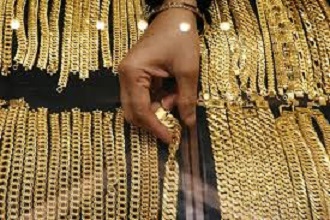 At the inaugural ceremony of 5-day e-IGJS organised by GJEPC, the minister stated that the trade fair at an ideal time as demand for gems and jewellery from all of the major markets is picking up with the rollout of vaccines against COVID-19, which has already started in India.

Mumbai: India’s gems and jewellery sector has been contributing in a big way to the country’s foreign exchange earnings and the government has viewed this sector as a thrust area for export promotion, Minister of State for Commerce and Industry Hardeep Singh Puri said on Monday. “Therefore, the government allows 100 per cent foreign direct investment in this sector…. Today, the country exports USD 35 billion gem and jewellery annually and is one of the largest exporters in the world, catering to top markets like the US, Hong Kong, China, the Middle East, Russia, and other countries,” the minister said.

At the inaugural ceremony of 5-day e-IGJS (International Gem and Jewellery Show) organised by Gem Jewellery Export Promotion Council (GJEPC), the minister stated that the trade fair at an ideal time as demand for gems and jewellery from all of the major markets is picking up with the rollout of vaccines against COVID-19, which has already started in India.

However, the digital media is going to continue as a new way of doing business, he added.

The GJEPC chairman Colin Shah said the country is also the largest manufacturing centre for emeralds and morganite; and GJEPC has also witnessed a huge demand for Indian silver jewellery over the last few years.

“We are focused to become the world’s preferred source of fine jewellery and increase our exports from the current USD 35 billion to USD 75 billion in the next few years,” he added.

Shah further said that the industry has been able to cater to the demand of the buyers for the festive holiday season in the western countries, which has helped the sector to recover to the pre-COVID-19 levels of business in the last two months.

The jewellery park in Mumbai will further elevate India’s jewellery manufacturing standards to serve the international markets, he added.

e-IGJS, which will conclude on January 22, has 74 buyers from the USA followed by 47 buying companies from the UK.