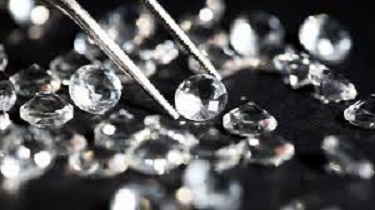 De Beers has cut off some of its long-term diamond buyers, marking one of the biggest shakeups in the way the miner sells gems since the end of its monopoly 20 years ago.

De Beers staff spent Wednesday calling its 80-odd handpicked customers, with some told they will be losing their seat at the industry’s top table, according to people familiar with the situation. The world’s biggest diamond supplier has spent more than a year mulling the changes, which are designed to funnel more stones into fewer hands, said the people, who asked not to be identified as the talks were private.

The industry produces about 15,000 different categories of diamonds, and De Beers wants a smaller number of companies specializing in each one, giving them more pricing power and greater resilience to downturns. It’s not yet clear how many buyers have lost their status, but it’s probably about 10, the people said.

The Anglo American Plc unit wants to strengthen a pipeline that runs from mines in countries like Botswana to jewelry stores in Hong Kong and New York, the people said. De Beers was forced to make steep price cuts last year as the coronavirus brought the industry to a standstill in the first half, though the sector has since rebounded strongly.

The historic mining company’s customers, which range from Indian and Israeli family businesses to units of jewelers like Tiffany & Co., have often been seen as an industry weak spot. Their fragmented nature means they lack pricing power with both mining companies and jewelry retailers and are often hit hardest during financial downturns, putting pressure on diamond prices.

As De Beers’s current six-year contracts with buyers expired at the end of 2020, the company asked its customers, known as sightholders, to reapply within one of three categories — dealers, manufacturers and integrated retailers. The plan is designed to steer specific parcels of diamonds to buyers who can add that most value to the rough stones.

While some buyers have lost their status as sightholders altogether, the changes run deeper. Others have been downgraded from being international buyers, who can manufacture in places like India where they have a cost advantage, to local buyers. The latter can only manufacture in countries where the diamonds are mined, such as South Africa and Botswana.

De Beers has also cut the number of buyers who are designated as traders, rather than manufacturers, especially in smaller stones, a segment that has performed badly in recent years.

Buyers will find out more details about their status, including how many diamonds they are entitled to buy, in the coming months.

The world’s biggest producer has been wrestling with the way it sells diamonds after several tough years for the companies that cut, polish and trade the world’s gems.