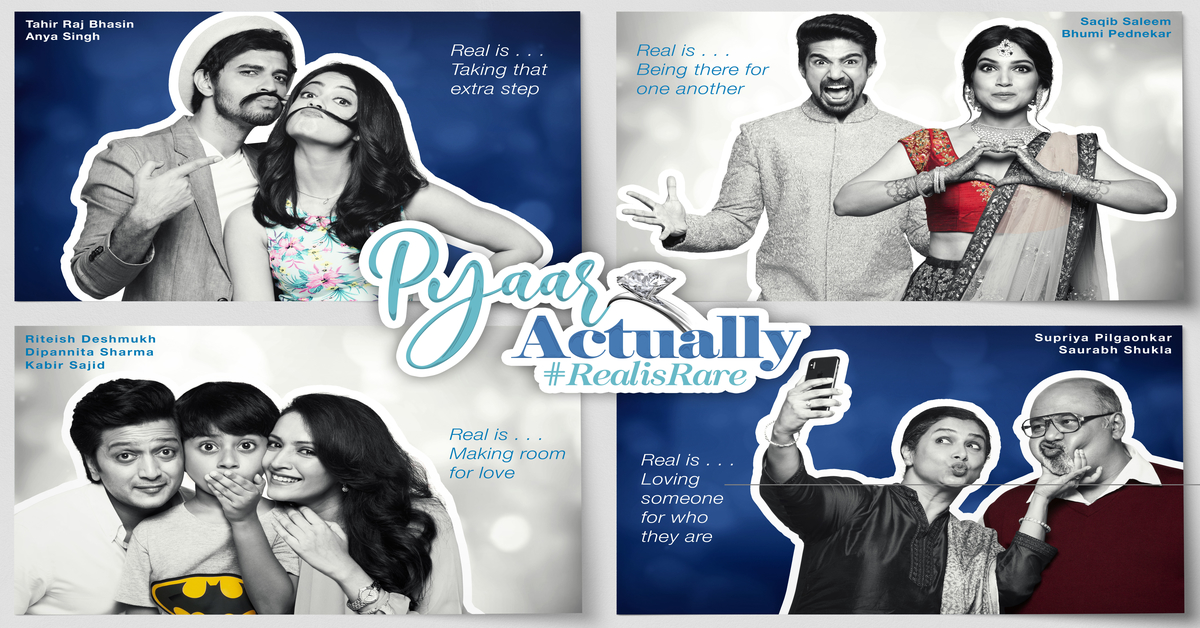 The Diamond Producers Association, as part of its ‘Real is Rare’ campaign, launches the web series ‘Pyaar Actually’ on Hotstar. The series comprises four videos with stories that aim to showcase love across generations and among different relationships. It emphasizes on sharing joyous and blissful moments celebrated with diamonds, which play a pivotal role in expressing love and affection.

To take the ‘Real is Rare’ campaign a notch higher, DPA, introduces the concept of a four-episode short web-series, ‘Pyaar Actually’, which highlights some real-life moments that are often unacknowledged. The Indian film industry has had a long-lasting connection with diamond jewellery. Hence, DPA initiated the concept of the web series to keep the audience engaged and entertained along with showcasing diamonds as a significant part of cherishing moments across various relationships. This is one of DPA’s initiatives to further positivity towards natural diamonds among the consumers in India.

Richa Singh, Managing Director, India, Diamond Producers Association, said: “DPA believes that love has always been viewed through a myopic lens – there’s a lot more to it than what’s been depicted in popular culture. ‘Pyaar Actually’ is poetic in expressing how every relationship has its real and rare moments. The series reiterates to our audience that only billion-year-old natural diamonds fit perfectly to celebrate relationships across age groups.”

The series focuses on issues such as feminism, old-age romance, adoption, consent, remarriage, and step- parenting. With ‘Pyaar Actually’, DPA wishes to offer an innovative stance addressing these topics and highlighting the beauty of each relationship.

Link to the videos: https://www.hotstar.com/in/tv/pyaar-actually/s-2344

About Hotstar:
Hotstar is India’s largest premium streaming platform with more than 100,000 hours of drama and movies in 9 languages, and coverage of every major global sporting event. Launched in early 2015, it is one of India’s most downloaded apps and has attracted more than 300 million monthly active users (MAUs) on the back of highly evolved video streaming technology and high attention to the quality of experience across devices and platforms. Hotstar has secured top spots on the Google Play Store as well as the Apple App Store and has consistently been named among the most
popular apps on both platforms since its launch.

About DPA:
The Diamond Producers Association (DPA) is a global alliance of the world’s leading diamond producing companies, united in their commitment to best-in-class ethical and sustainable operations and business practices. Together, DPA Members represent the majority of the world’s diamond production.