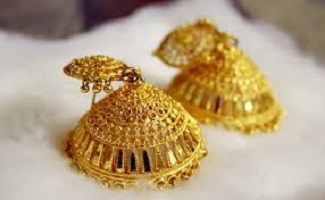 Discounts of up to $20 an ounce were offered against official domestic prices including 12.5% import and 3% sales levies versus the $2 premiums last week.

Physical gold dealers in India this week offered the highest discounts in more than one and a half months, as buyers stayed away even as more bullion flowed in from the United Arab Emirates. On Friday, gold futures in India, traditionally the world’s second biggest gold consumer after China, ended at ₹ 52,001 ($691.24) per 10 grams, having surged to a record high of ₹ 56,191 per 10 grams earlier this month.

“A significant amount of gold was imported from Dubai last week and customs cleared that this week. But demand is not there because of volatile prices,” said Chanda Venkatesh, managing director of CapsGold, a bullion merchant in the city of Hyderabad.

Discounts of up to $20 an ounce were offered against official domestic prices – including 12.5 per cent import and 3 per cent sales levies – versus the $2 premiums last week.

India currently has the third highest number of coronavirus cases in the world.

“The pandemic situation is unlikely to go away this year, so don’t expect much change,” said Peter Fung, head of dealing at Wing Fung Precious Metals.

Gold has been sold at discounts in China since February.

Price difference between China and outside is too huge and retailers have started to hoard gold materials, he added.

Premiums of $1-$1.50 were charged in Singapore, with some using price dips to buy bullion.

“Our silver ingots are all sold out again,” a trader at Tokyo-based retailer Tokuriki Honten said.