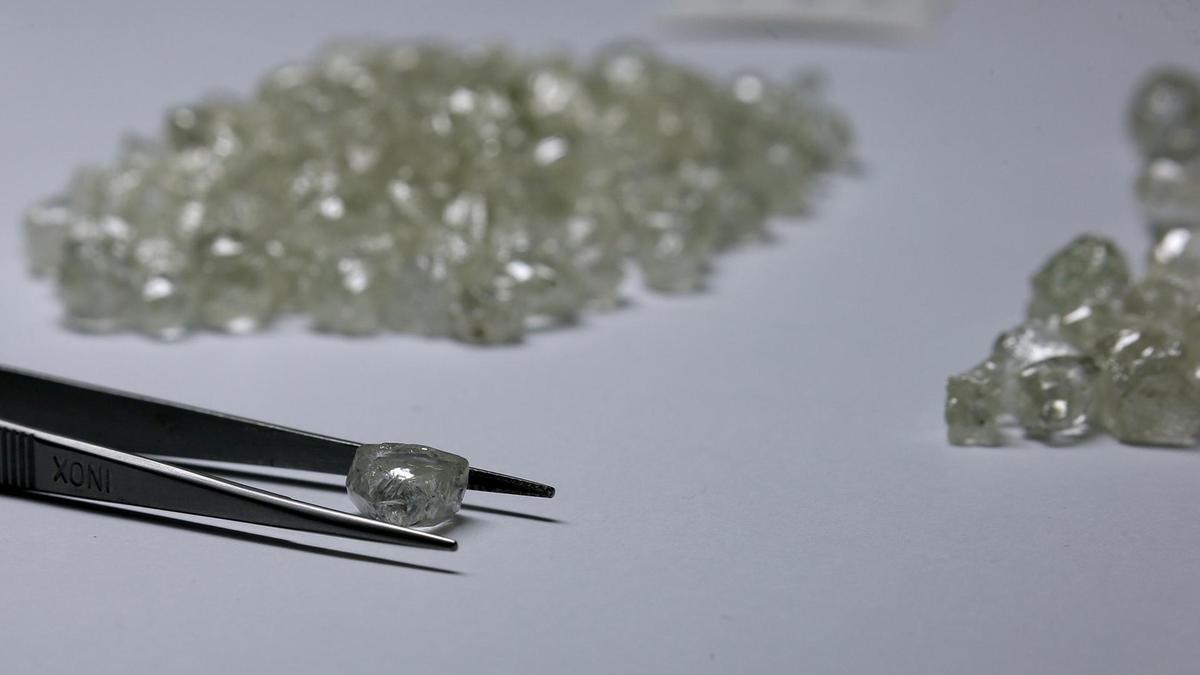 The world’s biggest producers are sitting on a mountain of precious stones as they hoard inventory to maintain prices.

In almost 130 years of its existence, diamond producer De Beers has endured its share of bad times. However, few have been as dire as recent months, when it sold almost no products at all.

The result is a growing mountain of gems that the company, and other sellers, are eager to move.

As the world began to shut down in February in response to the global coronavirus pandemic, so did sales to the network of cutters, polishers, dealers and retailers that stretch from Dubai to Antwerp to Mumbai.

The five biggest producers are probably sitting on excess inventories worth about $3.5 billion (Dh12.85bn), according to Gemdax, a specialist advisory firm, Bloomberg reports. The figure could reach $4.5bn by the end of the year, or about one-third of annual rough-diamond production.

“The diamond supply chain has been gradually opening back up in recent weeks,” Paul Zimnisky, an independent diamond industry analyst based in New York, told The National. “But the industry was pretty much closed from March through [to] May, which has really limited the ability of industry participants in all segments of the industry to conduct business.”

In May, De Beers reported sales of just $35 million, compared to the $416m it sold in the same month last year.

For southern African countries that depend on diamond sales, this is very bad news. Diamonds provide 10 per cent of Namibia’s gross domestic product, and the country operates the world’s largest fleet of ocean-going mining vessels.

Lesotho, Angola and South Africa are also significant diamond producers; in Zimbabwe, stones from the vast Marange field are one of its largest sources of foreign exchange. Now, producers are going to try reign in the glut by drastically reducing supply.

“In 2020, I am forecasting global diamond production volume to decrease to under 110 million carats from over 140 million carats last year,” said Mr Zimnisky. “This is in part due to pre-pandemic estimated production declines and mine closures, but then when you factor in the pandemic-related production suspensions, curbs and curtailments, supply is going to come off considerably this year. For context, I expect production this year will be the lowest since the late-1990s.”

De Beers, from its headquarters in Gaborone, Botswana is the largest diamond producer and has refused to significantly discount its gemstones. Alrosa of Russia, the world’s second-largest diamond firm has also held on to its inventory rather than resort to a fire sale.

This is in spite of Indian polishers – who lead the world in finishing stones for market, reporting a 40 per cent decline in sales by June, according to Moody’s Investors Service. Companies have good reason for avoiding a fire sale, industry veteran and chief executive of Botswana Diamonds, James Campbell, told The National.

In March and April prices fell up to 40 per cent, but in May sales figures regained almost all of that decline.

“People are naturally social and will want to celebrate, go out and buy gifts for their loved ones,” Mr Campbell said. He added that May saw prices experience among their highest ever gains this century as buyers returned.

There are already signs that consumers are returning, says the world’s second-largest jewellery retailer, Chow Tai Fook in Hong Kong. This is especially evident in China, where government stimulus measures are encouraging people to return to stores.

“Our mainland China business showed sequential improvement during April and May when compared to Jan to Mar this year,” a Chow Tai Fook Jewellery Group spokesperson said in an emailed statement to The National. “The group is cautiously optimistic about the short-term business outlook but stays optimistic about the mid-to-long term prospects of the jewellery market in mainland China.”

A resumption in sales at a time when the supply pipeline is crimped has also been an opportunity for smaller producers. In mid-June, BlueRock Diamonds, an Australian company that mines near Kimberly, South Africa, said it had sold a parcel of diamonds to a private buyer to the value of $700,000.

The executive chairman of BlueRock, Mike Houston, said the parcel consisted of diamonds of ‘average quality’ and was sold through a dealer in Antwerp.

“This sale, at a time when the traditional sales channels for diamonds remain closed and at a price which we estimate to be at current market value for that particular parcel of diamonds, is an excellent result in a highly uncertain market.”

Mr Campbell, meanwhile, warns that current market conditions have overshadowed a longer-term threat to diamond production – a lack of investment in new mines. Existing mines are being wound down with few new projects to replace them.

“All the easy deposits have been discovered. What’s left now are the more difficult, and therefore more costly to mine, deposits.”