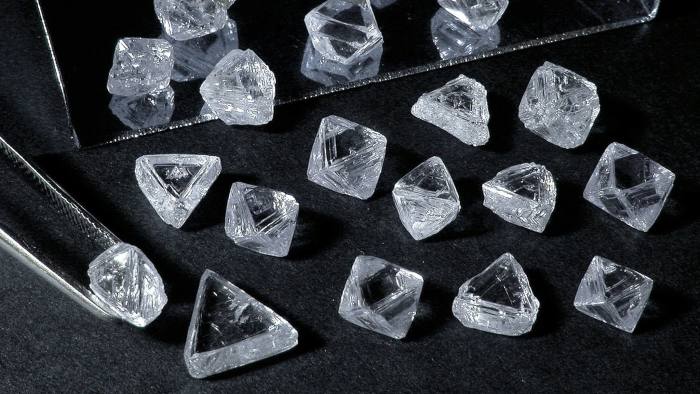 The diamond industry is to experience its biggest shake-up in years, after industry leader De Beers this week introduced its own line of synthetic laboratory produced gems.

The 120-year-old firm said it would spend $94 million over the next four years on a new brand, Lightbox, that would produce and market laboratory-grown diamonds. This is a complete U-turn for the world’s largest diamond producer, which has for years fought against the challenge posed by artificial variety of gems commonly known as ‘synthetics’.

Now, De Beers will offer what it calls ‘fashion jewellery’ for as little as $800 a carat, substantially undercutting current laboratory producers by at least 75 per cent, according to De Beers. The price for a regular diamond of jewellery grade will start at around US$2,000 a carat, and currently rival producers’ synthetics typically cost anywhere between 10-30 per cent below that.

De Beers’ aggressive entry and undercutting the price of laboratory stones will put many synthetics producers at risk.

“I think it completely changes the current lab-created industry,” said Paul Zimnisky, an independent diamond analyst in New York told The National. “With De Beers’ steep price undercutting and marketing influence, it will be very difficult for the existing players to continue without a very strong brand, or special jewellery design.”

Synthetic producers have sprung up around the world. Their diamonds are indistinguishable from the real thing to the naked eye, and they are usually marketed as being unsullied by human exploitation or the environmental consequences associated with conventional mining.

The global diamond industry is worth around $80 billion, according to Forbes. The value of synthetics is harder to quantify, but diamond analysts say these now count for up to 10 per cent of global sales, which could double over the next decade as quality improves.

De Beers was not looking to grab some of the market for laboratory trade, but to gain control of it, Mr Zimnisky said. “I think sub-$1000 for a 1-carat diamond is a very significant psychological level for consumers. This is all part of De Beers’ plan, to place lab-created diamonds in a different, distinct category from natural diamonds.”

Diamond mines and the industry they support such as cutting, polishing and marketing have struggled to overcome the ‘blood diamond’ stigma that emerged over the past two decades. Synthetics have actively marketed themselves as ethical diamonds. Even though the conflicts from where the term originated, such as the battle fields of Liberia and Angola, have long since ended.

The threat to natural diamond producers has grown to the extent that in February this year former head of the Dubai Diamond Exchange, Peter Meeus warned in Cape Town that “lab-grown diamonds are now the single greatest existential threat to the industry.”

Countries that export diamonds such as Botswana, Namibia and the Democratic Republic of Congo (DRC) have struggled to overcome the common perception that their products are tainted by conflict.

“Blood minerals, there’s no such issue any longer,” industrial consultant Didier Julienne told The National last week at the Katanga Business Meeting, a regional conference held in Lubumbashi, the DRC. “The countries where this was an issue 20 years ago are now stable and in control of diamond producing areas.”

De Beers meanwhile has developed its own range of synthetics, that it will market as everyday consumer jewellery, distinct from gemstones used for investment or to mark an occasion such as an engagement.

“Our extensive research tells us this is how consumers regard lab-grown diamonds,” Bruce Cleaver, CEO, De Beers Group said in a statement. “A fun, pretty product that shouldn’t cost that much – so we see an opportunity here that’s been missed by lab-grown diamond producers.”

The synthetic industry says it will take up De Beers’ challenge. San Francisco based Diamond Foundry says it can beat the natural diamond producer’s price.

“After decades of discounting the reality and viability of above-ground diamonds, De Beers is saying today that consumer demand has shifted and manmade diamonds are here to stay”, the company said in response to De Beers announcement. “Diamond Foundry’s Washington facility is on track to produce 1 million carats a year at a third of De Beers’ power cost.”

However, De Beers has the capacity to release a flood of branded synthetic diamonds onto the market, while keeping its natural gems as a distinct product. Each synthetic will have De Beers’ brand inserted, invisible to the naked eye but distinquishable by professional jewellers.