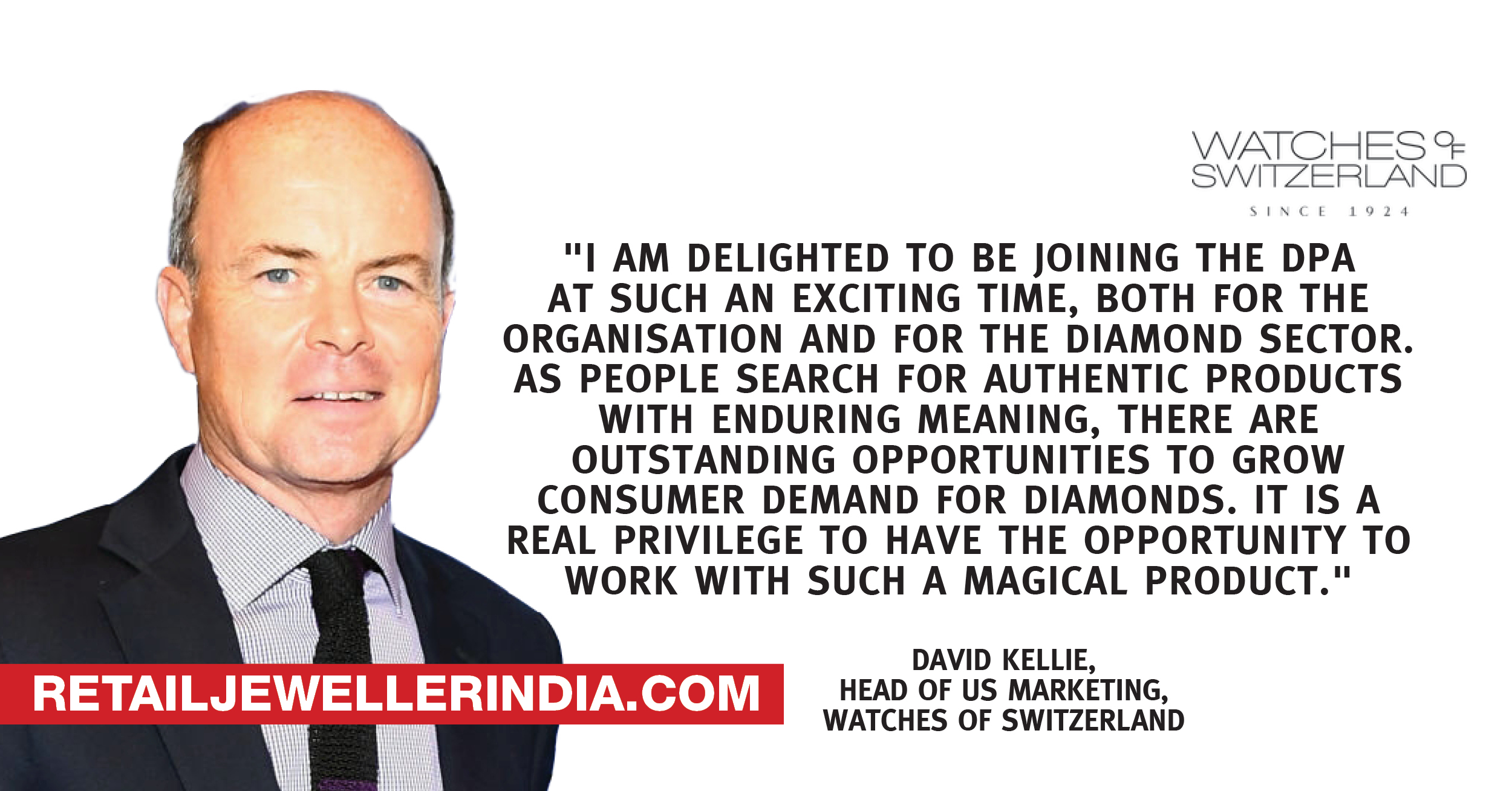 The Diamond Producers Association (DPA) today announced that Jean-Marc Lieberherr has decided to step down from his role as CEO at the end of his current contract period on 31 December 2019.  David Kellie will join the organisation in December 2019, enabling a smooth transition of leadership.

Jean-Marc has filled key leadership positions at the DPA since it was formed in December 2015, initially as its first Chairman, then as its CEO.

David is a highly experienced marketer with a track record of success at a range of consumer brands, including 14 years at Ralph Lauren where he held a number of positions, including Corporate Senior Vice President, Global Marketing & Advertising. He has most recently been with Watches of Switzerland, which has provided him with valuable insight into the needs and opportunities for diamond category marketing.

Jean-Marc Lieberherr said: “This is an emotional moment for me after four years of association with the DPA, but I am proud of what has been achieved since the DPA was created, and especially since it received increased funding from June 2017. The DPA now has strong teams and foundations in place to capture the opportunities that lie ahead and it is time for a new leader to take the organisation through its next phase of development. I am confident that the DPA will play a critical role in the diamond sector in the years to come and am grateful to the DPA teams and Members for supporting me through what has been a life-changing adventure.”

David Kellie said: “I am delighted to be joining the DPA at such an exciting time, both for the organisation and for the diamond sector. As people search for authentic products with enduring meaning, there are outstanding opportunities to grow consumer demand for diamonds. A growing number of women are buying for themselves, there are already high levels of acquisition from younger consumers, and the number of middle-class households around the world is growing rapidly, so there is a very bright future ahead of us. It is a real privilege to have the opportunity to work with such a magical product, a true miracle of nature, in such a fascinating industry.”

Stephen Lussier, Chairman of the DPA, said: “Jean-Marc was one of the DPA’s founding members and helped steer the development of the organisation from the beginning. On behalf of the entire board we thank Jean-Marc for his leadership, his commitment to the mission of the DPA and his energy in building the organisation during its formative years. “We are very pleased to have someone of David’s calibre to take over as DPA CEO, especially given the organisation’s key marketing role. David brings extensive experience to the DPA having led traditional and digital marketing programmes across the major global markets. He is extremely well equipped to lead our marketing teams as we seek to inspire ever more consumers of all ages across the world with the ‘diamond dream’.”

Formed in May 2015 by seven of the world’s leading diamond companies, the DPA is focused on enhancing consumer demand for, and confidence in, diamonds. By promoting the integrity and
reputation of diamonds and the diamond industry, the DPA plays a central role in maintaining the long-term success of the sector. The DPA also acts as a central source of information about the
global diamond sector, and encourages sharing and implementation of best practice among members and other industry stakeholders to further improve overall standards throughout the diamond supply chain.