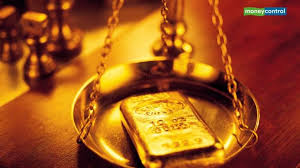 The value of gold in India is estimated to be 40 percent of the nominal GDP. Monetising 10 percent of this will ensure a liquidity of Rs 13 lakh-crore, which can be used to overcome the crisis

As the COVID-19 pandemic has pushed global economy into an unprecedented scale of low growth and massive employment loss, the resource mobilisation to revive economic activities is reaching a frantic scale and dimension. In India, the extent of the damage is difficult to ascertain as the rural and informal sectors play a significant role in economic growth.

The government has a herculean task of packaging different essentials and monetary support, with a focus on various segments of society, reflecting the diverse nature of the needs and requirements of the people.

It is worth exploring the possibilities around gold, which is treated as an investment and asset by the majority of Indians. India’s official gold holdings, held by the Reserve Bank of India (RBI), coupled with the private stock of gold in Indian households form a significant resource. With 635 tonnes of official stock, India’s share as a percentage of the total foreign reserve stands at 6.9 percent.

Reports have assessed that households in India possess 24,000 tonnes of gold and account for 25 percent of the global market demand. If we consider the per capita possession of gold in addition to the per capita income, India’s total wealth seems to change. Rural India accounts for approximately 60 percent of gold, where people traditionally use it for getting loans from moneylenders and pawnbrokers.

The appetite for gold consumption in India has pushed the government to restrict its import. The balance of payment, at times, is stretched by the higher import of gold. The internal circulation of gold has been restricted, except for sale and exchange through jewellers and informal markets. Even banks have limited options for lending loans against gold on a market transaction basis due to RBI’s restrictive guidelines. This has also limited open and transparent information required for a competitive market. The lack of forbearance and acceptance of gold as a commodity have resulted in bank loans, especially those meant for agricultural farmers, landing in the hands of wrong beneficiaries.

In the last decade, the government woke up to the fact that the domestic possession of gold is not leveraged or used for remonetisation. This led to the introduction of different schemes, such as Sovereign Gold Bond, Gold Coins and Gold Monetisation Schemes (GMS). Unfortunately, none of these schemes achieved the desired results, nor are showing any encouraging trend. The GMS was able to garner only 16 tonnes of gold in the last four years as these schemes are not designed keeping in mind the majority who have the metal.

Gold bond schemes are oriented towards the rich and the investors. On the other hand, there is a poor understanding of bonds and this accentuates the challenges to popularise the schemes. Gold coins are meant for investors of the higher-order.