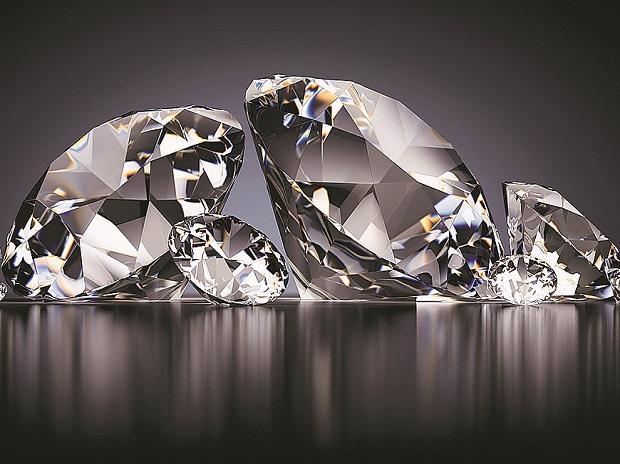 Banks’ outstanding loans to the gems and jewellery sector declined 16.8% in February 2020 after growing 2.6% a year ago

With the epicentre of the Covid-19 pandemic shifting from China to the US and Europe, the domestic diamond industry’s revenue in fiscal year 2021 could plunge to a decade’s low, says rating agency CRISIL. The US and Europe are the major export destinations of India’s beleaguered diamond polishing industry. Now, diamond processing units are eagerly awaiting a financial package from banks without which they are not in a position to open units even if lockdown is lifted.

“The industry awaits a stimulus from banks amid the trying scenario,” said Colin Shah, vice-chairman of Gems and Jewellery Export Promotion Council (GJEPC), while adding that the industry expects revenue to drop by 20-25 per cent in FY21. Despite permission to open processing units in Gujarat, the industry has not started production on viability concerns.

Banks’ outstanding loans to the gems and jewellery sector declined 16.8 per cent in February 2020 after growing 2.6 per cent a year ago. One banker, having exposure to the diamond sector, said, “They were cautious towards the gems and jewellery sector since FY20 because of the global slowdown and Hong Kong riots. Lockdown is a new addition to the issue that makes them cautious about the industry.”

According to CRISIL, revenue of India’s diamond polishing industry is set to plunge in fiscal year 2021 to a decadal low of $13-15 billion, compared with $24 billion in fiscal 2019, and an estimated $19 billion in fiscal 2020. Exports to the two geographies (the US and Europe), which together account for over 45 per cent of India’s polished diamond exports, fell a staggering 41 per cent year-on-year in February as the pandemic intensified. It plunged further, especially with the nationwide lockdown starting mid-March.

Exports to other markets suffered, too. In Hong Kong and China, which account for about 45 per cent of the exports, demand for luxury goods such as diamonds, jewellery and watches is estimated to have nosedived by 79 per cent in February and even further since then. Assuming the pandemic starts subsiding by June and trade channels normalise over the next quarter, CRISIL expects a revival in demand to be pushed into the second half of the fiscal year.

The analysis factors in inputs from rated portfolios of 114 diamond exporters, which represent more than 30 per cent of the industry.

“The inventory levels are estimated to have increased 15- 20 per cent over the March quarter. With the pandemic hitting all major global markets, prices fell by an average seven per cent across various cuts of polished diamonds in March 2020. This means likely inventory losses,” said Subodh Rai, senior director, CRISIL Ratings.

Decoded: How gold may benefit from coronavirus crisis