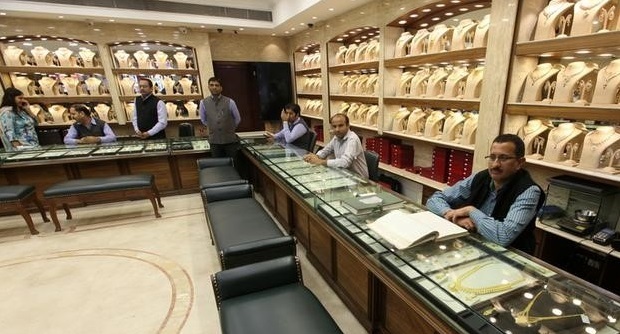 The Rs 475,000-crore jewellery industry in the country is planning to introduce a model ‘code of conduct’ to bring back trust and confidence of consumers, lenders and policy makers.

Confidence had ebbed in the last few years due to default by some errant domestic retailers and exporters.

Lack of buying during the wedding season, ceremonial events and festive occasions pulled down jewellers’ rollover liquidity during the quarter to its lifetime low.

Many jewellers are believed to have diverted the fund collected through monthly deposit schemes to pay ‘mark-to-market’ margins on various loans.

As a consequence, at least two jewellers, that is, Kochi-headquartered Goodwin Jewellers and a little known Ghatkopar- (Mumbai)-based Rasiklal Sankalchand Jewellers have been reported to have defaulted in the last one month.

The default by the two jewellers have brought consumers’ buying moral to almost an all-time low. Jewellers are working overtime to bring back consumers’ confidence. Earlier, a similar case was registered in Bangalore and crores of customers money is stuck.

“We are planning to come out with a model ‘code of conduct’ for all bullion dealers and jewellery retailers for which consultations with industry bodies are set to start. We will soon meet various associations and councils in bullion and jewellery as well as others in the value chain to prepare a draft for a uniform ‘code of conduct’,” said Somasundaram PR, managing director, World Gold Council (WGC).

The model ‘code of conduct’ is set to bring in uniformity in gold and jewellery sales in India and also control default by individual jewellers.

The jewellery industry has adopted a fragmented policy set up by an individual jeweller in terms of gold pricing, monthly gold accumulation scheme or discount and freebies to consumers during the festive period or otherwise.

Opening of new shops or closure of existing ones is also decided unilaterally by the individual jeweller. Closure of a jewellery shop after collecting huge public funds through monthly deposit schemes damages the reputation of the entire sector.

“That’s why we are talking about setting up a ‘bullion bank’ which would control entire trade in the precious metal. Even a small default in the jewellery sector today could involve a fund of Rs 1,000 crore and above. The model ‘code of conduct’ and bullion bank would solve most of such problems,” said Somasundaram.

Source said that the ‘code of conduct’ would have necessary legal obligation for all jewellers to adhere to the guidelines. “Those violating its guidelines would not be supplied gold or allowed to do business with others,” said Somasundaram.

Somasundaram added: “We will bring all stakeholders under one roof. Hence, the guidelines would be acceptable to all players in the value chain.”

Somasundaram also said bullion dealers and jewellery retailers were sitting on 212 tonnes of gold inventory on account of weak demand.

Dive into the Divinity with Reliance Jewels’ Satnaam Collection