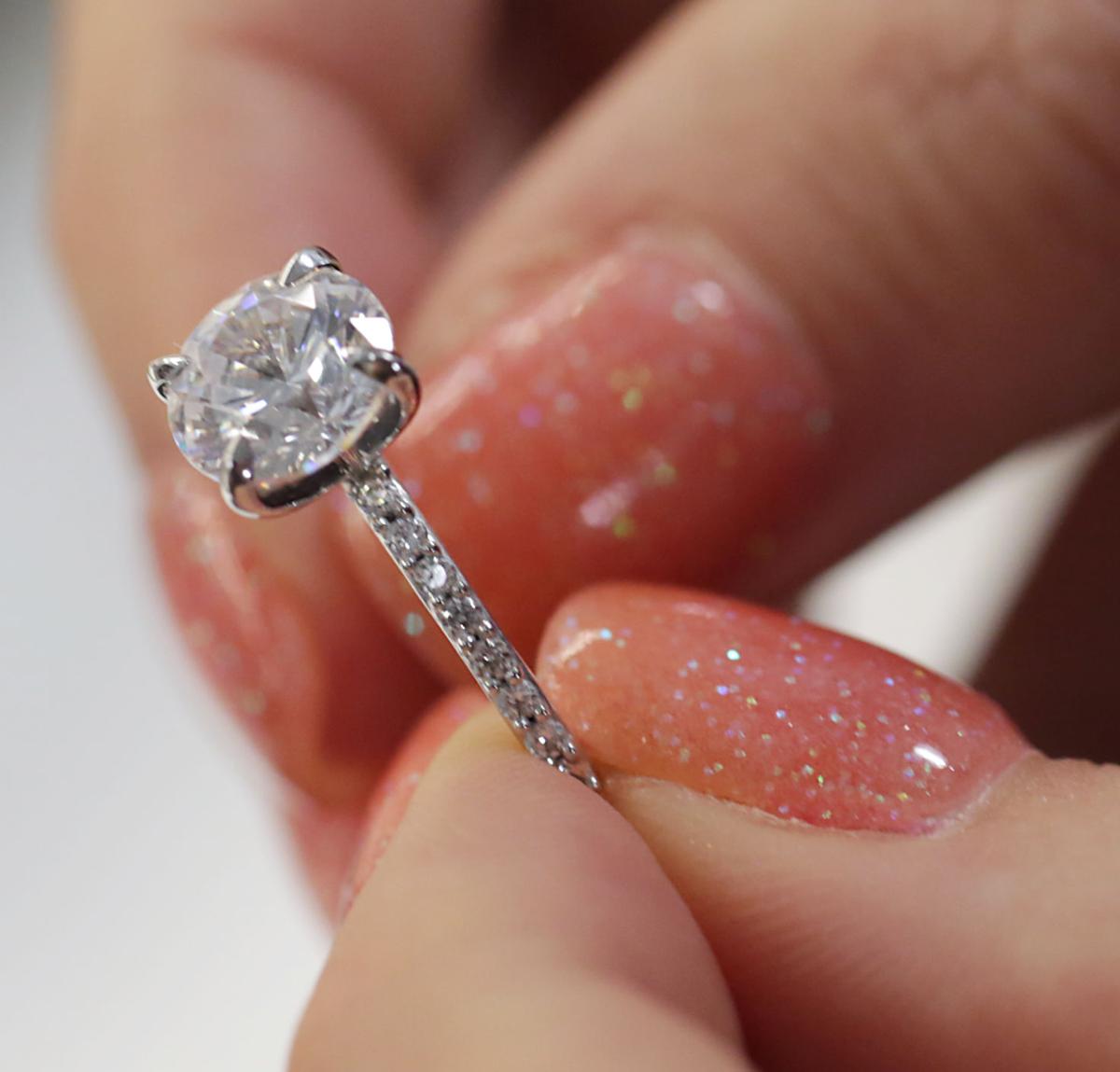 When Sarah Buchner thought about her future engagement ring, she knew she wanted it to be ethically sourced and environmentally friendly.

So after getting over initial hesitation, a lab-grown diamond from Madison’s Soha Diamond Co., owned by husband and wife diamond-selling duo Soha and Aubree Javaherian, seemed the perfect choice.

“It really just made sense,” Buchner said. “Why would I want something that is so marked up in cost and encourages people to continue to mine diamonds in poor labour conditions when I could get the same thing lab grown?”

Lab-grown diamonds are created through one of two processes that harness the same conditions needed to form diamonds in the earth: carbon, pressure and heat.

In one process, graphite is melted through intense heat and pressured into liquid carbon, then cooled to form a diamond.

The other process involves injecting hydrocarbon gas into vacuum plasma reactors. The carbon atoms are separated by high-power microwaves and then compressed into diamonds by extreme pressure.

The Javaherians are capitalizing on a growing preference among some millennials like Buchner for the man-made diamonds over traditionally mined stones.

The two started selling their jewellery, designed by them using only lab-grown diamonds and gems, online in the fall of 2017 and moved into an office space on Madison’s Near East Side this summer.

First grown in the 1950s for industrial purposes, diamonds produced in a lab have evolved to become a cheaper option for the same quality diamond.

The lab-grown diamonds are chemically and physically the same as diamonds mined from the earth, Soha Javaherian said.

“No one can tell the difference,” he said. “If they do imply that there’s a difference … they’re lying to you.”

Jerry Ehrenwald, president and CEO of the International Gemological Institute, which grades and evaluates diamonds and fine jewelry, concurred, saying differences can’t be detected by sight.

The big difference is in how they’re obtained. The traditional diamond market has been buffeted by stories of human rights abuses and environmental damage.

“A laboratory-grown diamond is sustainable and ethical in nature compared to a stone that is mined from the ground,” Ehrenwald said.

Customers can also count on spending 30 to 40 percent less on a lab-grown diamond compared to one that’s been mined, Soha Javaherian said

While lab-grown diamond sales only make up about 1 percent of the global rough diamond market, they could make up 7.5 percent to 15 percent of the market by 2020, according to a 2016 Morgan Stanley report on the diamond industry.

In a 2018 survey by MVI Marketing, nearly 70 percent of those between 21 and 41 said they would consider a lab-grown diamond, a 13 percent increase from a similar study in 2017.

The 1,010 people surveyed said they’d consider the diamonds over a mined diamond because lab-grown diamonds are better for the environment, less expensive and use more ethical labour practices.