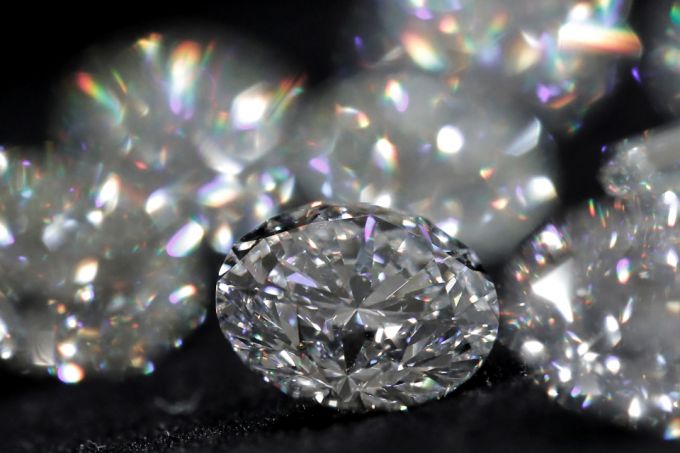 FOR the past six months, the global diamond hubs in Antwerp, Belgium, and Mumbai have been at a standstill, with cutting and polishing factories closed and trading floors shuttered.

Now, a capitulation on prices by the biggest miners is sparking the industry back to life. After refusing to budge on diamond prices during much of the pandemic, De Beers and Russian rival Alrosa PJSC decided last week that they saw enough signs of recovering demand and seized the opportunity, cutting some prices by almost 10 per cent.

The impact was instant, as rough diamond buyers snapped up about half a billion dollars in uncut gems, said sources. The resurgence came the same week Tiffany & Co said its jewellery sales were improving monthly, adding to optimism that the entire industry is rebounding.

The developments will bring relief to a supply chain that’s been paralysed since the pandemic hit, with jewellery stores closed, cutters and polishers stuck at home and traders locked out of key producing countries. “The worst I think is past us and there are reasons to be encouraged,” said Stephen Lussier, head of consumer and brands at De Beers. “There is some real consumer data which underlines the midstream’s belief that business is coming back for them. The industry is in a healthier place than it has been for some time.”

The diamond industry’s engine room is dominated by small and private family-run businesses that cut, polish and trade the stones. They form the invisible link between African mines and jewellery stores in New York, London and Hong Kong.

It’s a secretive business and goes largely unnoticed outside the closed world of diamonds, but their fortunes are often a bellwether of the wider industry.

“The pipeline has been starved, and people were worried that they would not be able to get their hands on rough, missing out on sales when polished demand comes through,” said Anish Aggarwal, a partner at specialist advisory firm Gemdax.

The fortunes of the diamond industry ultimately will be decided by retail demand, and so far that’s been patchy. The Chinese market has rebounded strongly, with Chow Sang Sang, one of the country’s biggest jewellery retailers, saying its domestic sales as of June were at 95 per cent of last year’s levels. That recovery was helped by consumers being unable to travel abroad, where they’ve traditionally been big buyers in cities such as Hong Kong, London and New York.

Yet US sales, which account for almost half of all diamond demand, remain under pressure as the pandemic keeps shops closed, millions are jobless and the country posted its biggest quarterly economic contraction since the Great Depression.

The clear divide was highlighted by Tiffany on Thursday. In the second quarter, its Asia-Pacific business reported profit at the same level as a year earlier, while earnings collapsed in the Americas, leading it to post a loss in a region that’s traditionally its biggest.

Still, the iconic retailer showed that its global sales were recovering every month. Tiffany may soon be under new ownership, as it’s trying to close a US$16 billion deal with luxury goods giant LVMH.

“Our global sales trends have strengthened in August,” CEO Alessandro Bogliolo said. As of Aug 25, Tiffany’s global sales for the month were slightly better than a year earlier, he said.

While the sale hasn’t yet been finalised, De Beers likely sold about US$300 million in rough diamonds last week, said sources. That’s less than a traditional sale, but it’s the biggest offering since February and amounts to about six times its total sales in the whole second quarter. The company could have sold more but held back some sales to prevent overwhelming the nascent recovery, the sources said.

Diamond buyers estimate that Alrosa likely sold about US$200 million. Alrosa chief of sales Evgeny Agureev said: “In August the rough diamond market showed clear signs of revival after being frozen for several months,” he said. It’s not yet at pre-pandemic levels though, as “external factors, including international travel restrictions, continue to weigh negatively on the market,” he said.

There were other key signs of recovery within the trading community. In the secondary market – where buyers sell to gem manufacturers without direct access to De Beers – boxes were changing hands for premiums above 5 per cent, indicating manufacturers believed they could make profit at current prices.

Yet the recovery remains uneven. High-quality diamonds, used as solitaires and for bridal rings, are where demand is strongest, and it was for these type of stones that De Beers cut prices. It’s another story for lower-quality stones, where there is little demand from retailers or traders. De Beers refused to cut prices here, accepting it would sell few stones. The company would have had to lower prices by as much as 20 per cent to find buyers able to make a profit, said sources.

Yet many diamond traders remain nervous about the strength of any recovery. The middlemen have been starved of supply for months, leading to a desperation for new stock that might not be reflected in consumer demand. There also are estimates that the biggest miners are holding billions of dollars in rough diamond inventories, creating concern they could undermine a recovery by selling too much, too soon. BLOOMBERG

IEG: At VOICE the future jewellery trends in the new The Jewellery Trendbook 2022+ by Trendvision