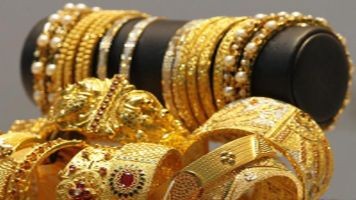 Diwali is here and with the with Indians across the country being excited about the upcoming festivities, Bureau of Indian Standards (BIS) has launched its latest gold Hallmarking awareness campaign that speaks to consumers through popular media like electronic, print and digital. A holistic marketing campaign aims to create awareness amongst consumers to buy Hallmarked gold during festive season.

The effort of raising awareness around Hallmarking is rooted in true-to-life stories that consumers can relate to. The stories for every medium are different and the messages for hallmarking have a refreshed approach. The television commercial showcases connect of gold across generations, geographies and occasions. It highlights gold’s appeal among all ages, the tradition of gold changing hands in the family through many generations, and gold jewellery’s socio-cultural ties with weddings, festivities and gifting. The digital films bring to life the most common facts about hallmarked gold. A curious pair of characters answers those questions using a light-hearted banter.

Commenting on the conceptualization of the campaign, Neville Shah, Executive Creative Director, Ogilvy and Mather, said, “This campaign is supposed to cause a shift in behaviour. And that’s the hardest. What’s harder is the fact that it isn’t a tangible product. It’s more like a service. A concept. And with the ubiquitous utilitarian nature of gold, that is also an emotional purchase, that spans across the country, which we had to link to something. The emotion of gold. The blessing. The value. The fact that gold is always considered to be pure. And would it all be worth it, if the actual gold wasn’t? The digital films then do the job of educating people how to go about hallmarking their gold. It also serves as a myth-buster for some of the facts about hallmarking.”

The print and radio creatives are designed to effectively communicate the benefits of Hallmarking using minimalistic tactics. The print creatives inspire the audience to take notice of the most important aspect of gold buying – look for four symbols of Hallmark while buying gold. The radio creative champions the cause of raising awareness using humor and wit that is instantly relatable and endearing. Gold buying in India is not a trend or a necessity, it is entrenched into our cultural ethos; and the entire campaign appreciates this uniqueness in a relatable manner.

HL Upendar, Deputy Director General, Consumer Affairs, Bureau of Indian Standards, said, “The benefits of Hallmarking are widely recognised in India’s gold industry. Hallmarking has a direct correlation with consumer trust, and confidence. However, the awareness among consumers is still not high which makes them susceptible to under-caratage. Since launch of Hallmarking in 2001, gold Hallmarking has been voluntary. We would prefer consumer purchase only Hallmarked gold from BIS Licensed Outlets to ensure guarantee of purity or fineness which is consumers’ right. We aim to usher a time where consumers walk into any jewellery store and demand for only Hallmarked gold. We want consumers to look for the four symbols of Hallmark and make informed purchases. In a country where millions invest their life savings into gold purchases; they deserve pure and certified gold. Through this campaign, we aim to catalyze a mass consumer movement to drive preference for Hallmarked gold.”