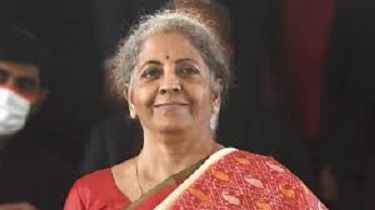 The Union Budget 2021, presented by Finance Minister Nirmala Sitharaman, has reduced the import duty on gold and silver to 7.5%, a move which is set to make jewellery cheaper in the domestic market.

Presenting her third Budget in a row, the Finance Minister, in her speech, said, “It is proposed to decrease custom duty on gold and other precious metals from 12.5% to 7.5%.”

While the industry has welcomed the move, most players are disappointed as they had hoped for a more substantial cut.

What the industry had wished for

The gems and jewellery industry had sought a reduction in customs duty on gold to 4% from 12.5%, withdrawal of tax collected at source (TCS), a cut in import duty on polished precious and semi-precious gemstones to 2.5% from 7.5%, and a reduction in GST to 1% from the prevailing 3%. Besides, the World Gold Council had suggested a one-time capital gains exemption for gold for the revival of small businesses.

The import duty, which was 2% in 2004, was increased to 10% in 2013, and to 12.5 per cent in 2019, as the government continued to struggle for tax revenue. At that time itself, the industry had expressed fears that such a sharp hike would result in illegal entry of gold into the country. Now that the import duty has been cut to 7.5%, the industry is hoping that the move will make gold smuggling unviable, and spur demand in the domestic market.

According to industry estimates, around 100-120 tonnes of gold enter into the country through the illegal route, which impacts the country’s international business adversely. As per a World Gold Council report, around 115-120 tonnes of gold were smuggled into India in 2019, when gold import duty was increased to 12.5% from 10%. Interestingly, in 2018, the amount of gold smuggled into India stood at only 90-95 tonnes.

Industry insiders say the government needs to assess the adverse impact of the high import duty on the jewellery trade. Slashing duty and GST on gold is in line with the government’s move to curb unauthorized transactions in gold trade, boost the business, strengthen consumer confidence and demand for gold jewellery, and create an enabling environment for retail jewellers.

The industry unanimously feels that further reduction of import duty is essential for a meaningful recovery from the adverse impact of the COVID pandemic. Reduced import duty will curb the illegal gold trade spread across the country, which is backed by an international smuggling lobby centered mainly in African countries. The high import duty is said to be the root cause of illegal entry of gold into India.

The gems and jewellery sector has long wanted the government to make the taxation procedure simpler so that it is easy for entrepreneurs to understand it. The imposition of TCS via the Budget of 2017-2018 angered the industry, which was already facing multiple taxes. As per the Budget of 2017-2018, cash purchases of jewellery started attracting 1% TCS on an amount exceeding Rs 2 lakh, as against the then prevailing threshold of Rs 5 lakh.

Incidentally, the gold and diamond trade accounts for 7.5% of the country’s GDP, and 14% of the total exports. About 60 lakh people are employed in this sector. India annually consumes around 800-850 million kg of gold. Gems and jewellery are poised to play an even more pivotal role in the recovery and growth of the economy, which has already been badly battered by the pandemic.

A landmark budget for the gem & jewellery industry