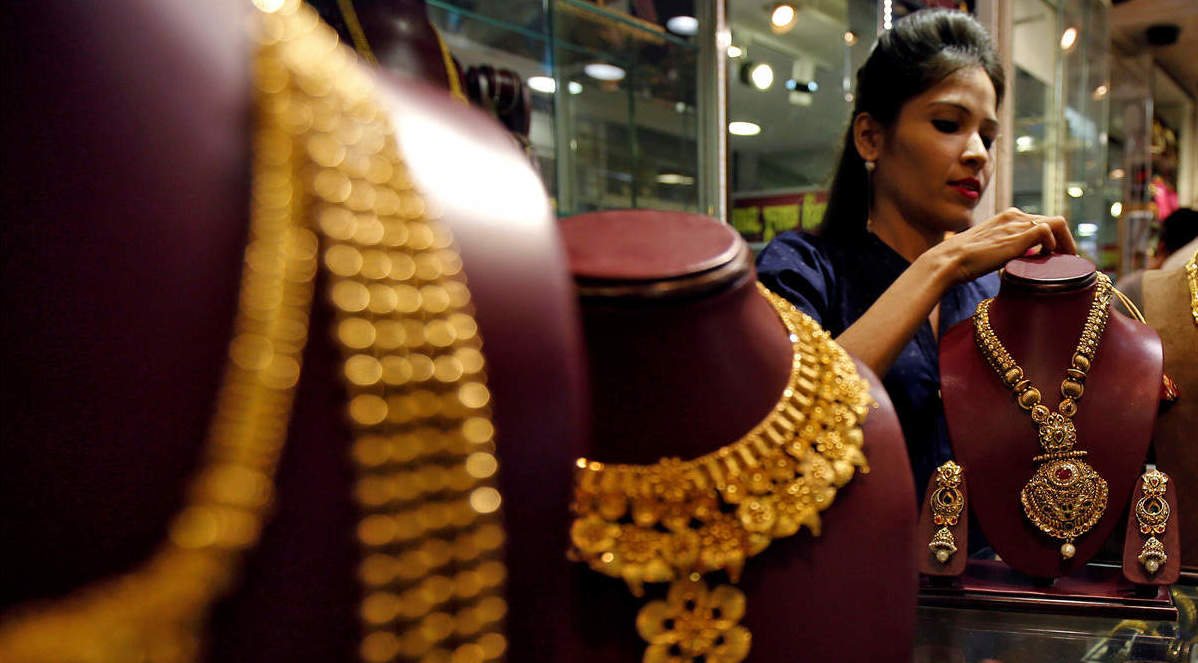 Historically, October has been a volatile time for equities and a muted month for gold. The yellow metal has typically shown weakness during the month, but this time it was different on account of recession fears.

On Oct 3, ISM non-manufacturing PMI print for the US came in at 52.6 from an expectation of 55.1 and a previous record of 56.4. The ISM survey of manufacturing for September showed a reading of 47.8 against 49.1. Generally, a reading below 50 indicates a contraction in the economy.

Worries about the trade war between the US and China and now with other key trading partners like Mexico and Europe have led the World Trade Organization to lower its trade growth forecast for 2019 and 2020.

Gold rallied last October amid fears of an escalation in the US-China trade war, and now gold’s safety appeal has increased after the expectation of another rate cut from the US Fed this October.

The latest ISM non-manufacturing PMI print has lifted the expectation of a Fed rate cut from 40% to 60%. Lower interest rate is positive for gold, as it does not give any yield. Opportunity cost of holding gold comes down in a lower yield scenario.

Technical charts show we may see gold’s safety increase as there was recently a crossover of 50 and 200 DMAs on the hourly chart on September 20, as gold rallied from $1,503 to $1,534. The cross below was seen on September 27 and gold crashed from $1,505 to $1,459 level and once again on Oct 4, it developed a cross over at $1,510. Another positive sign for gold would be that it has been trading above the 15-DMA on the daily chart. It has also closed above 50-DMA, showing signs of strength.

Thus, both fundamental and technical factors are favouring gold on the long side. US Fed’s rate cut would acknowledge a slowdown in the US economy. As of October 4. US non-farm payroll came in at 136K against an expectation of 145K and previous record of 168K. This shows a slowdown in hiring, manufacturing as well as in services sector.

Recently, RBI also lowered India’s growth forecast to 6.1% from 6.9%. This scenario is playing out worldwide where every country has been downgrading its growth forecast. We have already seen recession fears coming from bond markets, when three-month US bond showed an inverted yield against the 10-year bond. This all will give major tailwinds to gold prices and we expect October to be favourable to gold prices.