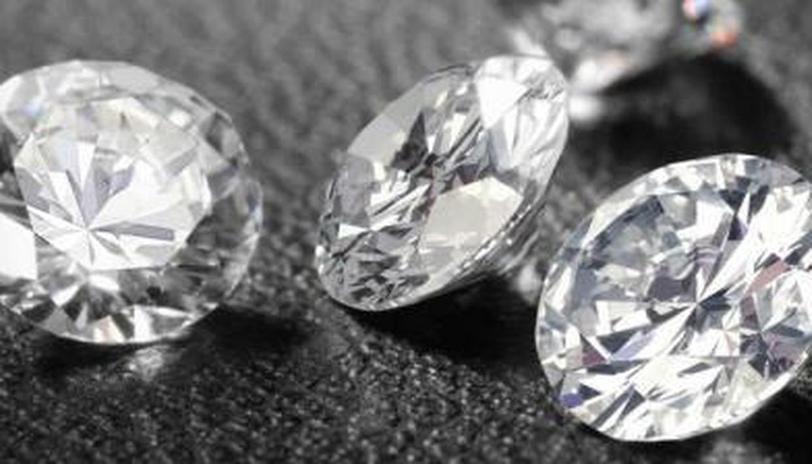 Post Views: 212
A new book chronicles how the world’s 12 greatest diamonds that emanated from Golconda and Kollur mines in Andhra Pradesh were whisked away by Mughals, Persians, Brits, French, Turks and Russians after centuries of bloody wars, conspiracies and million-dollar deals, and now ensconced in their national treasures. Sanjay Dharwadker’s “Diamond In My Palm” goes on to say that ancient India was not only like a golden sparrow but as much a mine of invaluable glittering solitaires.

‘There is monumental cache of diamonds’

Although, it is Koh-i-Noor that sits in the Tower of London and has constantly remained in the eye of storm, this historical fiction also provides intriguing details of some of other famous diamonds like the pink Darya-i-Noor (now in Tehran); the pale, flat-shaped Shah Diamond and the half egg eye shaped, blue-green Orlov Diamond (nestling in Kremlin); and the fabled Blue Diamond that Jean Baptiste Tavernier first set his eyes on in 1638, when he got an audience with Emperor Shah Jahan, and is now the Hope Diamond in the Smithsonian. “There is monumental cache of diamonds that originated in India, and after centuries of bloody wars, conspiracies, amorous affairs and million-dollar deals, were ensconced in the national treasures of various countries across the world,” the author says.

An alumnus of BITS Pilani, Dharwadker worked for India’s technology missions in the 1990s, and towards the end of the millennium, he moved to specialise in solutions for identity and identification as applied to national populations. Currently based in Utrecht, Netherlands, he’s a consultant with the United Nations working closely with governments on identity law, policy and practices. It was Dharwadker’s decade-long stay in Johannesburg in South Africa that triggered this tome. Unlike anywhere else in the world, diamonds in India are known to be thousands of years old, hence, linked not only to history but also mythology. Mined first and foremost in India, circa 800 BC, diamonds were discovered in South Africa 2500 years later, in 1866 CE, while deposits were also found in Brazil by 1726.

South Africa’s famous diamond mines in Kimberley and Cullinan and other scintillating historical nuggets come alive in the book, brought out by Stellar Publishers. Another interesting fact that the book tells is about the coinage of the catchphrase “A Diamond is forever”. The strident propagator of apartheid, Cecil John Rhodes was the first secretary of De Beers Mining when it was formed in 1880. And “A Diamond is forever” was voted the ‘advertising slogan of the twentieth century’. Coined for a campaign of De Beers Consolidated Mines Ltd in 1947 by Mary Frances Gerety, copywriter at America’s oldest advertising agency NW Ayers & Son in Philadelphia, the catchphrase remains in perpetuity.

Not only did these luminescent stones bring together India and South Africa, but they were also connected by their colonial past. The book also tells how Ambaji Shinde of JJ School of Art in Mumbai went on to become the most celebrated diamond jewellery designer of the twentieth century, while working for the famed Harry Winston in New York. And that the 34.65-carat shining pink Princie Diamond of Indian origin was auctioned in April 2013 for a whopping USD 39 million by Christie’s, the most expensive diamond ever auctioned in America. Once owned by the Nizam of Hyderabad and auctioned at the Sotheby’s in 1960, it was bought by the French luxury jewellery Van Cleef & Arpels for 46,000 pounds.

Novel about India’s spiritual past

In Paris, it was christened after Sayajirao Gaekwad, nicknamed Princie, since his mother Sita Devi, second wife of the Maharaja of Baroda, loved Paris and maintained an apartment in this ‘City of Light’. All these musings and enticing chronicles turn into a gripping narrative through the fortuitous meeting of a Gandhian scholar from Hyderabad and a mining engineer from Johannesburg at a Middle Eastern international airport, and romance brews. In this trajectory of the immensely enigmatic and lucrative business of magnificent diamonds, a sinister web of desire, deceit and power entangles characters who inhabit the richly evoked social worlds of global cities, from Johannesburg, Antwerp, New York to Hyderabad, Mumbai and Delhi. Dharwadker says his novel is about India, its journey in time and its unparalleled spiritual past.

ANMOL embarks 2020 with ‘Meraki’, a Classic Blue edition inspired from Pantone Colour of the Year