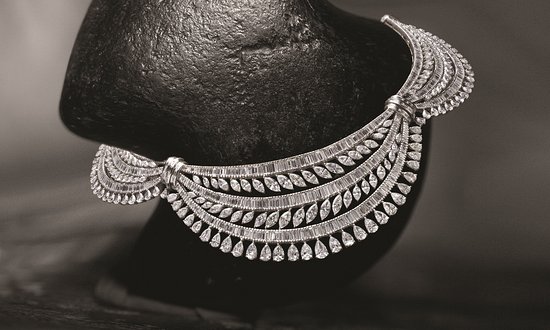 During a visit to the kingdom, the president of the self-described “United Nations of the jewelry business,” Gaetano Cavalieri, met with Yaser Alsharifi, chairman of DANAT, the Bahrain Institute for Pearls & Gemstones, who brought up the idea of the new location for the next year’s meeting.

Hosting such a gathering would boost the work of recently-formed DANAT, which is a wholly-owned subsidiary of the Bahrain Mumtalakat Holding Company, the kingdom’s sovereign wealth fund created in 2006 with the objective of pursuing long-term opportunities for the country’s state-owned, non-oil and gas-related assets.

According to a press release, DANAT aims to become an internationally-recognized institute for third-party verification services and scientific research into pearls and gemstones. To work towards that goal, the company has upgraded a 27-year pearl and gem-testing laboratory that, when created, was the first such facility in the Middle East. Bahrain’s pearling industry traces its history back 4,000 years.

In the media statement, CIBJO’s president highlighted that his organization strives to partner with businesses that look for global growth opportunities from an ethical perspective. “For that to happen, however, the proper infrastructure and a wealth of knowledge are required. This is what we are seeing in Bahrain. Its impact on the markets in the Gulf region, the Middle East and far beyond is likely to be tremendous,” Cavalieri said.

The idea of the kingdom hosting the Congress still has to be run by the CIBJO board of directors.